Fire Emblem Switch is a tactical RPG. It is the newest entry in the popular series of Japanese games. The title was developed by Intelligent System, the creators of previous games in the franchise. It was published by Nintendo.

The game was built on the same principles as the previous entries in the series. It takes place in a fantasy world and it focuses on turn-based combat. During the battles, the players command a small squad of characters selected from a large gallery of warriors that can be recruited during the campaign. Each warrior features unique traits and skills that can be additionally improved with experience points gathered while fighting.

Fire Emblem Switch features advanced tactical combat system. Winning requires the player to select proper units for battles and to take advantage of their talents. Taking advantage of the shape of the terrain and of the surroundings is important as well. 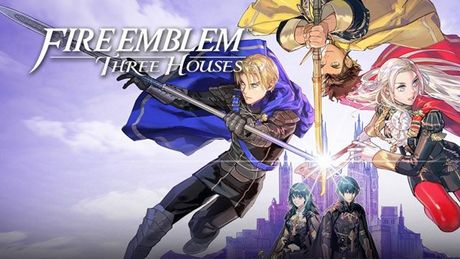 The Fire Emblem series has been well-known to fans of excellent tactical games for years. With Nintendo Switch's hybrid consoles, the taste of well-designed tactical has a chance to appeal wider group of players.

Yesterday evening, we've seen the first Nintendo Direct presentation of the year. We've gathered for you the essential points of the event in one place.

Nintendo has shown another trailer of Fire Emblem Three Houses. The video focuses on the story of the new version of the popular tactical RPG series.