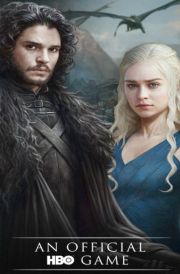 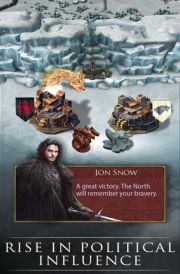 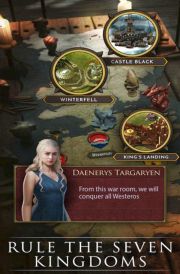 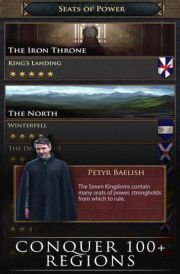 Game of Thrones: Conquest for AND and iOS is a free-to-play strategy game with optional microtransactions. The game was developed by Turbine Entertainment also known for creating The Lord of the Rings Online, Dungeons & Dragons Online, Infinite Crisis, Batman: Arkham Underworld, and the Asheron's Call series, among others.

As the title suggests, the game is set in the fantasy world created by George R. R. Martin. Game of Thrones: Conquest for AND and iOS is mostly based on the television adaptation of the books, thus both characters and locations resemble those known from the TV series. Nonetheless, the developers also drew their inspirations from The Song of Ice and Fire books, allowing them to implement storylines the viewers were not familiar with until now.

The AND and iOS release of Game of Thrones: Conquest follows the path set by other strategy games developed for mobile devices. The player begins by establishing their own house, and has to take control over the Seven Kingdoms, to finally sit on the iron throne.

In order to succeed, players have to gather resources, for which they can purchase new buildings for recruiting different units. This way, one creates an army he or she can dispatch to wage wars, conquer new territories, and get the spoils of war. Then, players can invest in developing their cities to get access to more advanced and larger units.

The game puts a strong emphasis on political issues. One can form an alliance with another house and share the spoils of war with its member by e.g. entrusting them with governing and protecting the newly conquered land. Players also have to manage their aids and appoint them to different court offices.

Also important is the multiplayer mode. Players can compete against each other, enter alliances, and recruit friends into their armies.

Game of Thrones: Conquest offers solid 2D visuals enriched by the fact that character models, locations, and objects are based on those featured in the TV series.