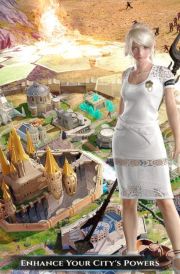 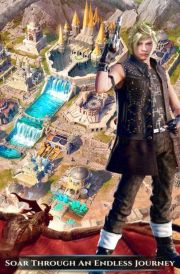 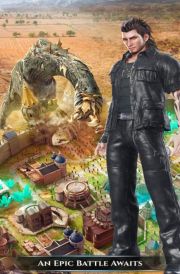 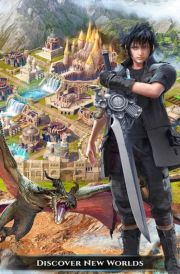 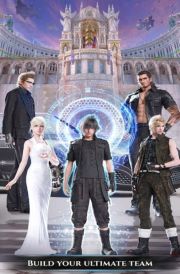 Final Fantasy XV: A New Empire is a mobile strategy game about kingdom management. It was released on AND and iOS and it uses free-to-play distribution model with microtransactions. It was developed by Machine Zone, the creators of Game of War and Mobile Strike.

The game takes place in a world called Eos that at first appeared in the 2016 console RPG Final Fantasy XV. This realm combines fantasy elements with futuristic technologies, creating an interesting and varied universe.

The plot isn’t very important in Final Fantasy XV: A New Empire for AND and iOS. The game is focused on multiplayer mode and is shaped by decisions of the players.

Final Fantasy XV: A New Empire for AND and iOS is an online strategy game in which player is taking care of a kingdom. They must construct buildings, gather resources and research new technologies. All of it is underpinned by a simple economic system that forces balance of profits and expenses.

The title also has a war aspect. The player recruits warriors and uses them to fight the artificial intelligence. The battles take place in real time and enable the player to use magic and the help of characters known from Final Fantasy XV like Noctis and Cindy.

The game is focused on multiplayer. The kingdom of the player is a part of a virtual realm in which players from across the world compete with each other. It is possible to create a guild or to join an already existing one. Joining such organization is mandatory to play Final Fantasy XV: A New Empire for AND and iOS effectively.