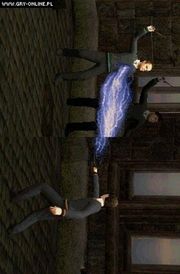 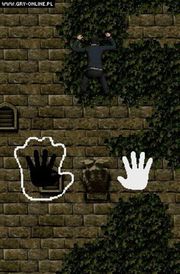 Published by Electronic Arts, Harry Potter and the Order of the Phoenix for PC, X360 and etc. is a game based on the fifth movie following the adventures of a young wizard. Similarly to all the previous installments, the game is available on multiple platforms and follows the formula developed by the previous Harry Potter games  players get at their disposal an action adventure game, in which they observe the action from the third person perspective.

The plot of the game is mostly based on the events shown in the movie, however, it includes storylines from the book written by J.K. Rowling. Harry returns to Hogwarts to begin his fifth year learning to become a wizard. He is terrified to discover that the wizarding community ignored his story of Voldemort coming back, and nobody believes Harry he met the evil wizard. Cornelius Fudge, the Minister of Magic, thinks the whole story to be fabricated by Dumbledore in order for him to become the Minister himself. This is why Fudge has appointed the new Defense Against the Dark Arts teacher  Dolores Umbridge  who is doing all she can to take control of the school. This results in students of Hogwarts becoming vulnerable to the Dark Forces threatening the school. Harry and his friends decide to form the secret Dumbledore's Army, in which Harry teaches other students the real Defense Against the Dark Arts.

The game revolves around exploring Hogwarts and its grounds. During the game, players get to control not only Harry Potter but also other characters known from the books including Dumbledore and Sirius Black. All the obstacles can be overcome using the wizard wand and magical spells.

Harry Potter and the Order of the Phoenix for PC, X360 and etc. features detailed visuals. The locations faithfully represent those from the movie, making players feel as if they never left the cinema.

Harry Potter and the Half-Blood Prince

Harry Potter and the Order of the Phoenix Game Guide & Walkthrough