A digital adaptation of Magic: The Gathering, a popular card game created by Wizards of the Coast company, developed by Digital Games studio. It faithfully recreates the original CCG, featuring all of its rules and released cards. The latter are used in the game to create our own decks to battle other players, summoned creatures and spells used to reduce opponents energy to zero. The game is strictly connected to traditional Magic: The Gathering, with new cards being added at the same time to virtual and tabletop versions. 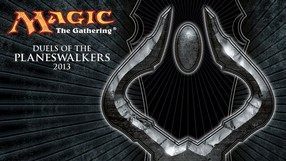 Magic: The Gathering Battlegrounds is a puzzle game, which is a computer adaptation of a popular card developed by Richard Garfield. Using specially selected decks of cards, the player summons monsters and casts spells, trying to deprive the opponent of his life points and at the same time stop his attacks. Developers from the Secret Level studio have prepared several fun options, including a fictionalised Quest mode and a multiplayer duel option.

A video game adaptation of the Magic: Origins card game from Wizards of the Coast, developed by Stainless Game. Unlike the earlier digital renditions of Magic: The Gathering, the game is available as a free-to-play title and developed mostly through free updates. The creators changed some features in the game modes, with the biggest novelty being the return of the Two-Headed Giant variant, in which the players fight in pairs with shared life points. There is a system of dynamic missions and challenges that change not only for each user, but also for the whole community, and the new tutorial named Skill Quest lets players learn the rules easily. Deck Builder has also been improved, with in-game tips helping us in constructing our decks. Magic Duels: Origins offers Solo Battle mode to face off against artificial intelligence if we dont want to duel with other people.

Magic: The Gathering - Duels of the Planeswalkers 2012

Continuation of successful adaptation of the most popular card in the world. The game consists of clashes between two magicians. Everyone's weapon is their own waist, which consists of cards representing different creatures, spells, skills or artifacts. Compared to the first part, a tutorial, new cards and logical challenges were added, as well as a cooperation mode in which two players join forces against Artificial Intelligence. 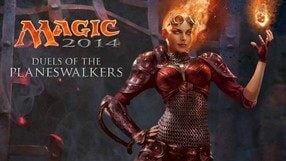