Games similar to Mercenaries Saga 2: Order Of The Silver Eagle 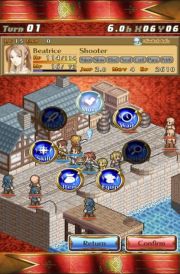 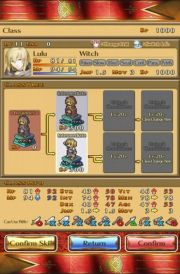 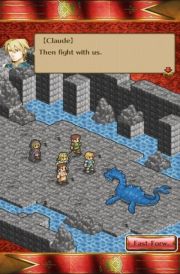 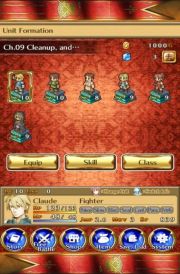 Mercenaries Saga 2: Order Of The Silver Eagle released on AND, 3DS and iOS is a tactic RPG with the turn-based combat system. The title is produced by RideonJapan, the authors of Adventure Bar Story.

The action takes place in a rather classic fantasy realm filled with magic and resembling the Middle Ages, if the civilisation development is concerned. During the campaign, you assume the role of a warrior named Claude, the captain of the Kingdom’s Order of the Silver Eagle.

The plot begins with a hunt organised in honour of the ruler, during which an assassin attempts to murder him. Luckily, the protagonist manages to save the ruler’s life, yet he gets hurt by a poisoned blade. Together with the best warriors of the Order, the protagonist goes to the North with the objective of finding the antidote – the legendary Erni Herb.

Mercenaries Saga 2 for AND, 3DS and iOS is a classic tactic RPG which draws on the console series such as Final Fantasy Tactics, Ogre Battle, and Fire Emblem. Gameplay largely comes down to fighting the turn-based battles on small levels with an isometric view.

During combat, you command a party of a few warriors. In order to succeed, it is vital to use their special skills cleverly and take advantage of environment elements. Gameplay is complemented with AI which – especially later in the game – poses a considerable challenge.

Being a true RPG, Mercenaries Saga 2: Order Of The Silver Eagle features a development system. During combat, the characters slowly gather experience points that can be used to develop their skills and statistics.

Mercenaries Saga 2: Order Of The Silver Eagle is created in a style of 16 and 32-bit console RPGs. Therefore, the title features huge pixels and simplified character models.