Development of the game Mirror's Edge Catalyst have been suspended and will not be continued.

Nowadays, EA DICE is known to PC players mostly due to the bestselling Battlefield series as well as the new version of Star Wars: Battlefront, an online shooter set in the Star Wars universe. However, hardly anyone remembers that before the studio became a part of Electronic Arts, it created many interesting games as Digital Illusions, for example: the cult Pinball (Dreams, Fantasies and Illusions) series or the two underrated racing franchises, Swedish Touring Car Championship and RalliSport Challenge. The Swedish developer also produced one of the most original action games in recent years: the 2008s Mirrors Edge.

Mirrors Edge Catalyst for PC, PS4 and etc. is the second installment of the aforementioned franchise, although it must be stressed that the game is not a sequel to Mirrors Edge, but rather its enhanced and expanded version, as it was emphasized by the working title: Mirrors Edge.

Mirrors Edge Catalyst for PC, PS4 and etc. is not a sequel to Mirrors Edge, but a completely new game which uses the world and characters as well as elements of the story and gameplay mechanics of its predecessor. The action is set in the city of Glass, one of many metropolises in the futuristic, quasi-totalitarian world that has no authorities whatsoever. Instead, the power is held by powerful and influential corporations affiliated with the so-called Conglomerate. Its society, living in constant fear, is being persistently invigilated and all resistance on its part is brutally thwarted.

The players assume the role of Faith, a runner known from the original Mirrors Edge, who mastered the art of moving through the urban jungle, and because of her unusual skills, she makes a living with petty theft, industrial espionage, and her illegal job as a courier. Thanks to Faiths abilities and incredible determination, it is her who can become the catalyst of change that could spark a revolution and put an end to the totalitarian reign of corporations. In the game, the protagonist will visit a number of city locations, from skyscrapers rooftops to dark underground tunnels. Agents of KrugerSec, the armed branch of the corporate Conglomerate led by the charismatic Gabriel Kruger, are Faiths primary enemies.

The most important change in relation to Mirrors Edge is the fact that the developers decided not to rigidly divide the gameplay into missions. The action is set in a huge open world that can be freely traversed, while the primary storyline is complemented by a myriad of side quests and secondary activities. Moreover, a much larger emphasis was put on the development of the protagonist, who changes in the course of the game from an innocent girl wronged by the system into a brave and ruthless freedom fighter. While exploring, Faith collects energy orbs, the so-called gridlocks, which are scattered throughout the world. These items allow her to acquire new, useful skills that enable her to, for example, reach previously unavailable places.

The realistically recreated movement set that uses a wide variety of parkour stunts still remains the most characteristic element of the series. However, in Mirrors Edge Catalyst, we can no longer use firearms which used to be an alternative way to eliminate our opponents in the original game. Naturally, the sequel will not lack the opportunities to confront our enemies directly but, this time around, these will involve only the physical strength and cunning on the protagonists part. Due to this change, Mirrors Edge Catalyst comes with expanded combat mechanics that allow us to perform more effective and precise strikes. Furthermore, we can use the environment in combat and thus push our opponents off the rooftops, knock them out while sliding down a zip line, or simply shove them on various objects.

Contrary to the original Mirrors Edge, Mirrors Edge Catalyst for PC, PS4 and etc. offers a multiplayer mode, similar to that of Watch_Dogs or Test Drive Unlimited. While playing, we are constantly connected to the Internet, and many players can be active in a single world at the same time. The game was also supplemented with special missions (for example: time challenges), which allow the players to cooperate or compete, as well as special online scoreboards.

Mirrors Edge Catalyst for PC, PS4 and etc. is powered by the latest version of the Frostbite engine, known mostly from the Battlefield series and the recent installments of the Need for Speed franchise. At the same time, the developers managed to preserve the general atmosphere of the gameplay as well as the characteristic elements of the 2008s original. However, will no more feature animated cutscenes, for they were replaced with their game engine powered counterparts. Undoubtedly, one of Mirrors Edge Catalyst's advantages is the fact that it is devoid of loading screens despite its huge open world. 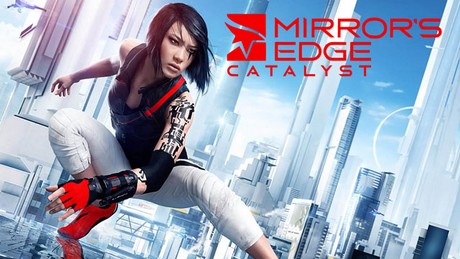 We went to Sweden to take a look at the newest game in the Mirrors Edge series, which is steadily approaching its release date. What has changed in this first-person parkour simulator in the last eight years?

Electronic Arts is planning to release another installment in the Need for Speed racing game series at the end of this year. As for the new Mirror's Edge, it is due to launch in the first quarter of 2016.

EA and DICE have revealed the minimum and recommended specs for Mirror's Edge Catalyst on PC. See if your PCs are ready for the closed beta, which starts this week, a month before the full release.