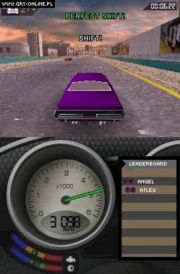 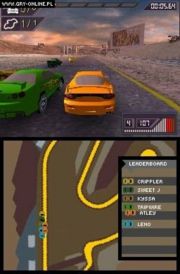 Need for Speed ProStreet for PC, PS2 and etc. is another instalment of the most popular racing series in the world developed by Electronic Arts. In contrast to the previous part  Need for Speed Carbon  this title completely abandons the idea of the night, illegal races and transfers the action to the professional, closed racing tracks  to much controversy.

With the change of scenery and the nature of racing, the developers now focused on the accurate reconstruction of cars damage. With the help of physicists working on a daily basis at a university in Vancouver, the authors managed to recreate in detail the effects of collisions with other cars and with elements of the environment. Therefore, you can see breaking glass, crumpled car bonnets, bumpers, and spoilers along with other car elements that after a race can serve as awards  remainders of exciting competitions. The car damage does not only disfigure the vehicle, but also negatively influences its performance. However, you will need more than just a few scratches to completely smash your car.

The developers once again epmhesised the Autosculpt, allowing to customise the looks and performance of the cars. The customisation allows you to modify such elements as cooling of the engine, air circulation, power and torque, weight, gearbox configuration, and acceleration. The effects of those changes can be observed in a special aerodynamic tunnel. If you decide that your car needs some unique part, you can buy one of more than 1000 elements influencing the cars performance. All of these parts are licensed.

It is worth mentioning that the game features dozens of licensed cars of 26 brands  e.g. Honda, BMW, Zonda, and Audi  that made their appearances in racing challenges in the last 40 years.

There are four game modes. The first one concerns racing with other drivers whose cars intentionally are not divided into classes, so as to make gameplay more spontaneous and less stiff. The other modes  Drift, Drag, and Speed Challenge, in which the top speed is the key to success, are known from the former instalments of the series.

Even though there is no free roaming in an open world, the game is still worth the candle. By winning races occurring each weekend, you get new cars and respect of the ProStreet community. The game will also satisfy multiplayer fans and simulation enthusiasts. The title allows players to turn off all the driving assistance  e.g. the power steering and ABS  and see for themselves if ProStreet should be regarded only as an arcade racing game.