Need for Speed for PC, PS4 and XONE is the 19th full-fledged installment in one of the most popular racing game series that has been developed continuously for over two decades by Electronic Arts company. This one was produced by Ghost Games (former EA Gothenburg), mostly made up of ex-Criterion employees, creators of Need for Speed Rivals from 2013. The development process was also assisted by Speedhunters community, a hub for photographers, journalists, and drivers gathered around broadly understood car culture. Wrapping up 20 years of the series history, the creators decided for a restart and entitled this new installment simply Need for Speed. In order to meet fans expectations the game came out as a result of close analysis of all previous editions, so to pick up the elements fans loved the franchise for, including rich car customization options, authentic city car culture, and compelling story set in an open night environment.

Need for Speed takes you to the city of Ventura Bay, and lets you play as a young driver who dreams of becoming a driving legend. This, obviously, is not so easy, and first you have to do a string of missions split into several categories. These are represented by real stars of motor culture: Magnus Walker (speed icon), Ken Block (style icon), Nakai San (build icon), Morohoshi San (outlaw icon), and Risky Devil (crew icon).

In terms of gameplay, Need for Speed resembles earlier installments in the series, such as Need for Speed: Carbon or Need for Speed: Underground. Therefore, this is an arcade-style game set in an open world. There awaits not only compelling story missions, but also various side activities.

Need for Speed for PC, PS4 and XONE offers a variety of single and multiplayer game modes. Obviously the core gameplay focuses on fast, illegal races, but that is not all. There are also police pursuits, drifting, and more. The whole thing is bound by AllDrive system, already known to fans, which is responsible for online and social features. The system is back in an enhanced form, offering e.g. easier connection with friends.

Need for Speed is based on Frostbite engine, known from shooter games from DICE Studios like Battlefield 4 and Star Wars: Battlefront. Moreover, unlike 2013s Rivals, this title was released only on Xbox One, PlayStation 4, and PC, so the developers could fully focus on using these devices to their full potential. 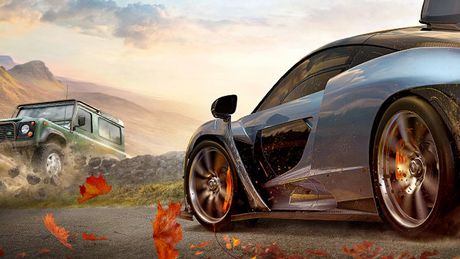 Electronic Arts is planning to release another installment in the Need for Speed racing game series at the end of this year. As for the new Mirror's Edge, it is due to launch in the first quarter of 2016.

The official Need for Speed Twitter account revealed that the new installment of the popular racing games series will require a permanent Internet connection. Supposedly, it will help provide the players with a better experience.

Electronic Arts has presented the latest installment in the Need for Speed series. The game looks really amazing, and the showcased gameplay is reminiscent of the golden period of the franchise.

PC players will lay their hands on the new Need for Speed later than planned  Spring 2016. Other versions come out as planned this fall.

Mordheim: City of the Damned will be available in full version on November 19. Until then the game can be bougth on Steam 20% cheaper than at release.

Need for Speed is coming to PC on March 15th. This version is going to offer some new features, such as manual transmission, steering wheel support, as well as visual improvements.