The Crew for PC, PS4 and etc. is a car game with a fully open world, allowing the player to compete with other drivers in the area of the United States. The title was produced by French studio Ivory Tower, founded by former employees of Eden Games (responsible for the series of Test Drive Unlimited) with the support team developer, Ubisoft Reflections.

As befits a racing game, the players have the opportunity to assume the roles of drivers and try their hand at exciting race through the streets of American cities. The developers took care of a wide selection of cars available, many of which are licensed models of leading manufacturers. In total, the game offers more than a hundred carefully mapped cars in five diverse categories.

The developers ambition was, just like the promotional slogan said, to make sure that the players never raced alone, thus the emphasis on the presence of extensive social features, allowing a smooth transition between single and multiplayer modes. The Crew offers a bunch of modes for, inter alia, individual competition, or team competition with ones friends or randomly chosen players. One of the key features of the game is an open world  the creators prepared nearly 5,000 square miles of land located in the United States, intended for exploration, filled with a variety of attractions: hundreds of missions, races, and tasks. The role-playing campaign offers about 10 hours of gameplay during which the players participate in history of six different characters.

One of the most characteristic elements of the game is an extensive system of car modifying. The players can make a number of changes not only in the appearance of the body, but also in the technical parameters, adapting the vehicle to individual tastes and preferred driving style. The possibility of creating your own vehicle using parts acquired during the game is also an interesting options. The developers tried to accommodate both the inexperienced players and the lovers of simulation-style gameplay with different driving models.

The Crew for PC, PS4 and etc. is characterized by a high-quality graphics and sound. Carefully mapped car models and varied route surroundings where battles between drivers take place also attract attention.

From this guide for The Crew, you learn how to win gold medals in even the most difficult of races and missions, about the available cars and about the modification options. 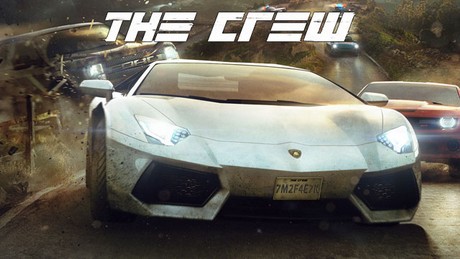 After six years of hard work, the team behind Test Drive Unlimited has crafted a similar product for Ubisoft. A few dozen of cars, the vast United States and the titular crew on the road. How did it all turn out?

The Crew is the next Ubi30 free game

Starting September 14, all members of Ubisoft Club will be able to claim The Crew, a successful open world racing game, on PC for free.