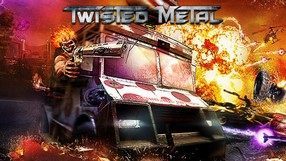 Twisted Metal is the first installment of the popular series of automotive action games by David Jaffe and Scott Campbell addressed to PlayStation 3. The title will be created by a team of developers from Sony Computer Entertainment. Players have the opportunity to steer several types of vehicles (including helicopters) equipped with various weapons, wreaking havoc on the roads and in the ranks of enemies.

The first attempt to transfer the famous series to a Sony portable console. We sit at the helm of one of several different machines and take part in a series of dynamic duels in specially prepared arenas.

Improved version of one of the most famous arcade games, this time focused on multiplayer gameplay. The game supports Network Adaptor and allows up to eight players to have fun at the same time.

Twisted Metal 2 is part of a cult series that debuted on the PlayStation in 1995. The game is a car shooting game in which we play as one of the tournament participants, competing to death and life against other opponents.