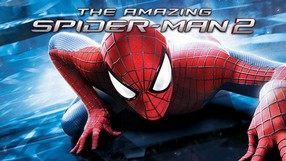 An action adventure sequel to the 2012 The Amazing Spider-Man. Developed by Beenox Inc, a Canadian studio also responsible for such games featuring the Marvels superhero as Spider-Man 3: The Game, Spider-Man: Edge of Time and Spider-Man: Shattered Dimensions. The story in the game loosely translates the adventures from the movie directed by Marc Webb into a video game setting. Players, who assume the role of the titular Spider-Man, have to find the assassin who murdered Peter Parkers uncle - Ben. During the game, the player has to face numerous comic-book villains, including Electro, Kingpin, Black Cat, Green Goblin, and more. The sandbox gameplay mechanics give the players the freedom to explore the virtual version of Manhattan while completing assigned tasks. 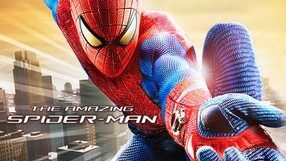 A third-person action game starring Marvel's most popular super hero, released in about the same time as Mark Webb's The Amazing Spider-Man movie. The game was developed by Beenox, the studio that, with a slightly different line-up, created Spider-Man: Shattered Dimensions and Spider-Man: The Edge of Time. The events presented in the game take place after the ending of the movie and tell a completely separate story. The plot focuses on biomedical experiments that create hybrids of humans and animals. Peter Parker, disguised as Spider-Man, releases Dr. Connors so he can create a vaccine for the virus that causes the mutation. The mechanics are a little bit similar to the last few Batman games and focus on fighting against groups of enemies and bosses. Unlike the previous Spider-Man games, this one departs from a comic book style and uses more realistic looking graphics. 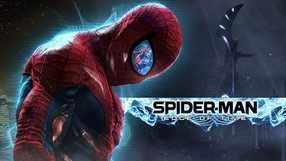 Another action game with the popular Spider-Man in the lead role, developed by Beenox studio - authors of the last few installments of the series, developed by Activision. The script for the game was written by Peter David - co-creator of the Spider-Man 2099 comic series, and its plot focuses on time travel and its consequences. When an evil scientist decides to travel back in time to destroy Spider-Man, his counterpart from the future, Miguel O'Hara (aka Spider-Man 2099), must get involved to save his ancestor.

Created by Beenox studio third-person action game in which we play as the titular Spider-Man, we fight with characters known from the popular universe of Marvel. Spider-Man: Friend or Foe was realized in the form of a walking brawl, which is distinguished by the fact that side by side with our superhero can also fight his fiercest enemies, such as the Sandman or the Green Goblin. Before this happens, however, we have to defeat them and convince them to come to our side.

An action adventure game based on the third Spider-Man movie directed by Sam Raimi. The action is set in the city of New York, recreated with great attention to details. We assume the role of the eponymous superhero, who has to undertake a myriad of various quests. However, the story does not impose any specific path on us, letting us decide the mission order on our own. Spider-Man 3: The Game focuses primarily on combat, where we can perform spectacular strikes with arms and legs as well as use the spider web. Hordes of minor enemies as well as ten famous villains known from the Marvel comic books will stand in our way. An interesting novelty is the fact that in the game we control not only the classic Spider-Man, but also his dark incarnation that came to life as a result of merging with a mysterious space symbiont.

Another entry in a video game series, developed by Activision, aimed at fans of Spider-Man. Unlike the previous two games, Ultimate Spider-Man is not based on the movie series directed by Sam Raimi. Instead, the game is based entirely on the comic book under the same name, which is a modernized version of Peter Parker's early years as a superhero. During the game we travel through Manhattan and Queens and visit locations known from the comic book, such as the family home, the university or the Daily Bugle building. All of those locations are part of the plot which focuses on eliminating super villains. What is interesting is that we can play as not only Spider-Man but also as his main antagonist, Venom. Both characters have similar abilities, relying on a combat system with spectacular combos and ability to use spider web. 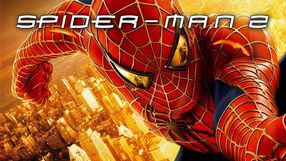 The second entry in the series of third-person perspective action games about Spider-Man. The plot of the game is based on the movie under the same title. The player assumes the role of Peter Parker, a boy who gained spider superpowers during an accident in a laboratory. His main antagonist is Otto Octavius (in the criminal underworld known as Doctor Octopus), a scientist equipped with mechanical arms controlled by his brainwaves. Depending on the platform, the game has completely different mechanics and was developed by different studios. The main console version offers a fully three-dimensional open world with advanced physics and takes place in a faithfully recreated virtual version of Manhattan. Other versions have simplified mechanics that use features of side-scrolling action games and platform games.

Action adventure game developed by Treyarch studio, based on the storyline of Hollywood superproduction film directed by Sam Raimi. In the game we play as a teenager Peter Parker, who becomes a heroic Spider-Man endowed with superhuman abilities. The plot of Spider-Man: The Movie develops in the same way as in the original movie. While completing subsequent missions in the game, our task is to solve a criminal mystery, which is hidden behind the mysterious figure of the Green Goblin and his devilish legions.