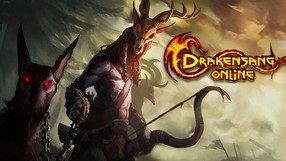 A classic RPG developed by Radon Labs, based on the narrative RPG system Das Schwarze Auge (The Dark Eye). The game takes place in a fantasy realm called Aventuria, where an epic adventure awaits – during the game the player will visit not only the center of the continent called Middenrealm, but more exotic areas as well. Before the beginning of the game, the player first creates his character that is described by various traits and parameters. These parameters later impact the ways the player can interact with the surrounding world. The protagonist’s skills are supplemented by the abilities of his allies, who can be recruited during the game – they are especially helpful on the battlefield. The battles are played in real-time and the game offers an active pause. The success is determined based on the traits, skills and weapons of party members. Drakensang: The Dark Eye puts great emphasis on conversations with NPCs and on completing quests. The title features colorful graphics that are nice to watch, and a climatic soundtrack.