Silence: The Whispered World 2 for PC, PS4 and XONE is a direct sequel to a popular adventure game. It was developed by Daedalic Entertainment - the creators of Memoria, Deponia, The Night of the Rabbit or Edna & Harvey: Harvey's New Eyes. The game is based on the classic point & click mechanics enriched with several innovative features.

In Silence: The Whispered World 2 for PC, PS4 and XONE, the player takes on the role of Noah - a sixteen-year-old boy searching for the younger sister he lost during a war. Following her trace, he enter the world of dreams known as Silence, where he puts on the costume of a clown by the name of Sadwick - a character who appeared first in the original game. Having reached the place, it turns out the magical land is being torn apart by a war as well. The protagonist joins a group of rebels fighting against the so-called False Queen. The fantastic adventure is filled with moving moments and different secrets to be discovered.

In contrast to the original game, Silence: The Whispered World 2 for PC, PS4 and XONE offers three-dimensional visuals resembling a fairytale in their stylistics.

The Night of the Rabbit

The Silence guide offers a very detailed and highly illustrated walkthrough of the entire game. It also contains complete solutions to all of the game's puzzles and information on obtaining available achievments. 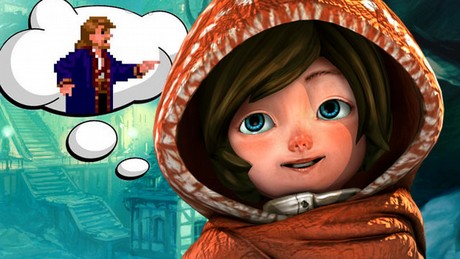 Transition Time: Is There a Place for Classic Adventure Games Anymore?

We sat down for a chat with Claas Wolter from Deadalic Entertainment  one of the biggest developers of adventure games. It made us think about the state and evolution of this genre.