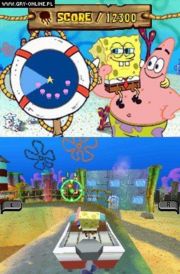 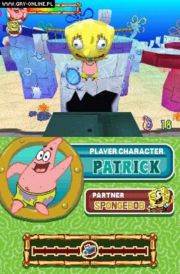 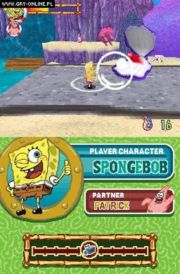 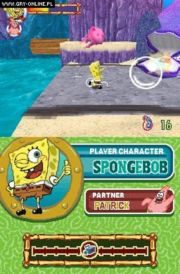 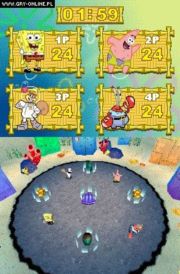 SpongeBob's Atlantis SquarePantis is a simple arcade game and the next installment of a very popular series of products. As in the previous games from this series, we play as SpongeBob, the titular living sponge. The protagonist is mainly known for his animated series and a feature film. The game is designed for owners of four different consoles - PlayStation 2, Wii, DS, and GameBoy Advance. Differences between the different versions are mainly in the control scheme and the quality of graphics. For obvious reasons, the GBA edition is the worst in this respect. The game was developed and published by THQ Group.

The plot of SpongeBob's Atlantis SquarePantis, as its title suggests, refers to the mythical Atlantis. The main character finds a magical amulet and as a result, together with his friend Patrick Star is moved to this mysterious place. During the game, we explore the secrets of Atlantis, trying to reach the unimaginable treasures hidden in the city.

All the most popular characters from the series appear in the game. Apart from the heroes mentioned above, these include Sandy Cheeks, Squidward Tentacles, Eugene H. Krabs, and Sheldon J. Plankton. The developer has also prepared many new characters.

The game offers several different levels. In most cases, we travel on our own, although there were also interesting means of transport, such as a tank. In addition, the controlled character can be equipped with new items or clothing elements. There are also additional bonuses, which can be received as a reward for completing missions - simple mini-games.

The visual setting of SpongeBob's Atlantis SquarePantis is maintained in a typical cartoon graphic style.