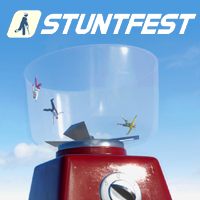 A humoristic stunt sandbox that evolved from various tech demos created by Bugbear Entertainment during their works on Next Car Game: Wreckfest. The game is set in a world that is full of various challenges. The sandbox is filled to the brim with intricate tracks which were designed for various vehicles. Since the developers didn't pay attention to realism, the challenges can be sometimes based on crazy rules  players may have to crash a car in a such way that its driver goes through the car's front window and lands in a gigantic mixer. Stuntfest is also fully integrated with Steam Workshop which means that players can create their own challenges and share them with the community  we can also invite other players to join us. The game uses an advanced physics engine that takes into account such things as mass, speed and resistance of all objects; the ragdoll system, responsible for how the in-game models behave, compliments the physics engine.

Exceptionally difficult arcade game, in which we play the role of a film stuntman. We have several dozen different missions to complete, requiring great precision and skilful control over the car. 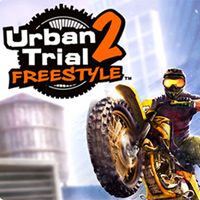 Urban Trial Freestyle 2 is a sequel to the well-received arcade game developed by the Polish studio Teyon Games and published by Tate Multimedia. Like in the series' previous installment, we play as a biker stuntman who beats various obstacle courses. This time the challenges take place in locations like roofs of skyscrapers or streets filled with ramps and launching pads. As we progress through the game, we will unlock access to technical and visual modifications of our bike. Urban Trial Freestyle 2 has two game modes: Stunt Mode, where we have to jump as high as we can and execute difficult stunts, and Time Attack where we have to be the first one to finish the race. We can share our scores through online rankings. The game features eye-pleasing visuals and comes with a level editor that allows us to create our own maps. 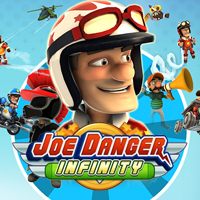 Another of the mobile versions of the popular Joe Danger series. This time both our hero and the game world have undergone a lot of miniaturization. During the game we take part in crazy toy races taking place in different rooms of a detached house.