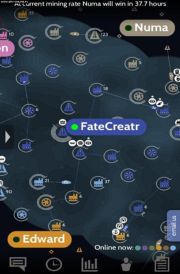 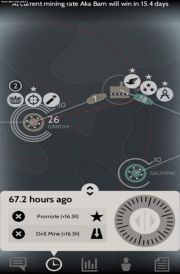 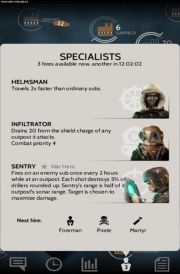 Subterfuge, released on AND and iOS, is a multiplayer strategy game whose mechanics can be associated with Neptune's Pride 2. The title was created by a three-person studio consisting of Ron Carmel, one of the co-creators of the famous World Of Goo, Noel Llopis (Flower Garden) and Shane Nakamura (Zombie Gunship, Nuts).

The player's task in Subterfuge is to achieve world domination by making the right strategic and diplomatic decisions. The action of the game takes place underwater. Colonies coexisting in peace has started to fight over a precious resource called Neptunium, hoping to secure peace, prosperity and development through it.

The player controls their city-state and tries to gain an advantage over the rivals by moving submarines. Unlike the vast majority of titles, Subterfuge doesn't require hours of uninterrupted gameplay, although of course, you can play the game without taking breaks. However, it is quite sufficient to check the current situation in the game several times a day for a few minutes. Players decide what to do next and give orders. Then, the game goes on its own - for example, it can take up to 12 hours for a boat to sail between the facilities. This time can be spent talking to other players, forming alliances with them, exchanging information or misleading them. Playing one scenario takes about a week.

A great convenience in Subterfuge is the option thanks to which you can "see the future" - using a convenient slider you can check how the boats will move on the field in the next few hours. This allows you to review your decisions and plan further actions even better.

The graphics in Subterfuge are very simple - both the establishments and the boats are represented by icons. The game is therefore similar to a board game in which we play with tokens and chips.