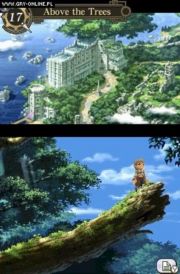 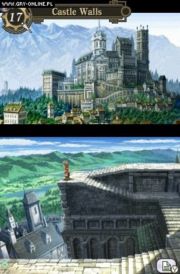 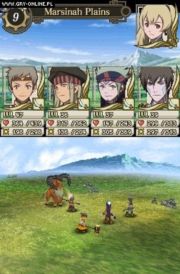 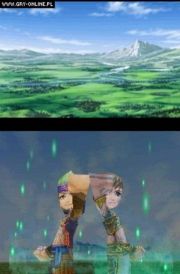 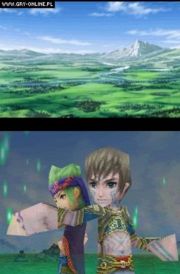 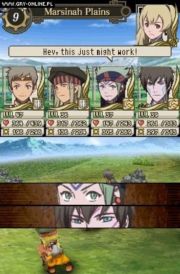 Suikoden: Tierkreis is the latest iteration of the popular RPG franchise that was introduced more than 12 years ago. Suikoden: Tierkreis follows the story of the 108 Stars of Destiny, a group of magical warriors, as they challenge the almighty One King, who intends to create chaos in the universe. As the player gathers the members of the 108 Stars of Destiny, the forces for good will stand up against evil in a battle that spans the near infinite parallel worlds of the Million World universe.

This all new, epic RPG in the long running Suikoden series incorporates many innovative features to the handheld RPG genre. An active online community experience is encouraged by allowing players to send their characters on quests that other members of the Suikoden: Tierkreis community will complete for them via Nintendo WiFi Connection. As your character travels around the community and completes quests he will eventually return to your party with new abilities and treasures. This provides a new way to level up characters your characters which helps create a sense of community and provides a new way to experience RPGs on handhelds. As players progress through the story, many exotic locations and cultures will be discovered across the game's universe of parallel worlds. With its grand adventure and larger than life scale, the story is told through rich animation sequences and gripping dialogue with voice over, which will pull the player even deeper into the world of Suikoden: Tierkreis.

Suikoden: Tierkreis is the first handheld Suikoden game and exclusive to the Nintendo DS

Featuring a new storyline and new variety of characters, Suikoden: Tierkreis will expand the bounds of the handheld RPG experience in a game that will take you to many cities and across parallel worlds

Suikoden: Tierkreis features many cinematic events that will drive the grand storyline of the 108 Stars of Destiny as they battle to thwart the forces of evil