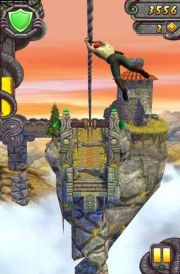 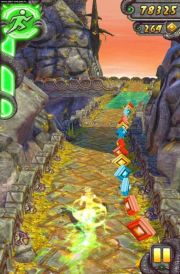 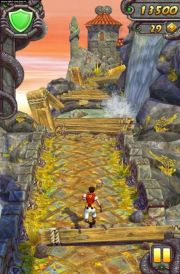 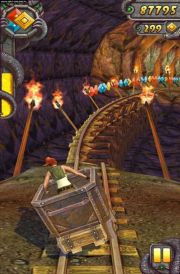 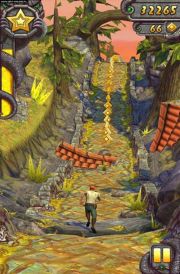 Temple Run 2, released on AND, iOS and WP, is a continuation of the popular mobile game. The title was produced by the Imangi Studios team, which in addition to the games from the Temple Run series, also created several other projects, including Little Red Sled, Hippo High Dive and Max Adventure.

Temple Run 2 is based on the same rules as the first one. We play the role of an adventurer who stole the cursed figure of the god. Our goal is to run away from a demonic monkey who intends to regain its property. Our task is to escape, collecting gold at the same time.

Temple Run 2 is one of the most popular endless runners on mobile devices. This means that during the game, the character runs straight and we have to help him avoid obstacles by making gestures to the right, left, up and down so that the hero turns, jumps and slides. The fun is to get as far as possible and achieve the highest score.