Development of the game Teslapunk have been suspended and will not be continued. 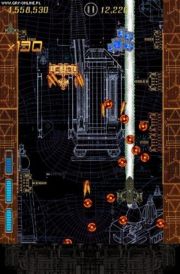 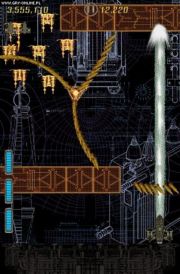 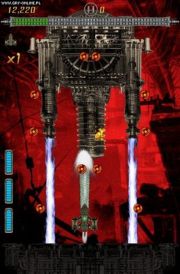 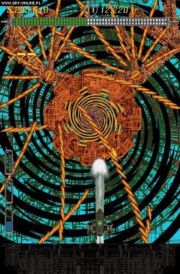 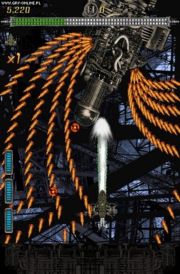 Teslapunk is a classic 2D vertically scrolling shooter reminiscent of arcade hits from the 80s and 90s of the last century. German studio klutzGames, specializing in simple mobile productions, is responsible for the creation of the game. The title was originally released in 2013 on mobile platforms, but its improved version was also released on XONE. The title is now available on the Internet. Unlike the mobile version distributed in the free-to-play model, the console version is a fully paid product.

The story of Teslapunk of the XONE version differs from the mobile version. However, the plot isn't the main focus of the game. The main antagonist is the Martian emperor Zangorax, who at night is one of the most popular DJs on his planet, but during the day he turns into a demon-possessed invader. We play the role of a pilot of a retrofuturistic ship, equipped with modern weapons, and our task is to defend the Earth from the invasion.

Despite the differences in the storyline, the mechanics of the mobile version and the console version are identical. While playing, we control the ship constantly moving up the screen, and our task is to eliminate subsequent waves of enemies and avoid enemy fire. As befits a worthy representative of the genre, Teslapunk features challenging bosses and a lot of upgrades and power-ups, which are installed in our ship to make gameplay much easier.

Teslapunk on the XONE, AND, etc. was created exclusively for single-player gameplay. The creators, however, put at the disposal of the players two slightly different game modes. In the classic Arcade, we go through the next stages (3 in the mobile version - 6 in the console version), fighting against hordes of enemies and bosses with dynamically changing difficulty level. In the Survival, we have only one life and the goal of the game is to survive as long as possible. Both modes online player rankings and the option to invite friends from a social networking site.

The graphics in Teslapunk doesn't differ significantly from most modern retro-style shooters. The game retains its classic atmosphere, although it is enriched with high-resolution graphics and spectacular special effects.