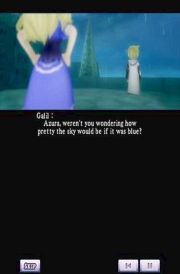 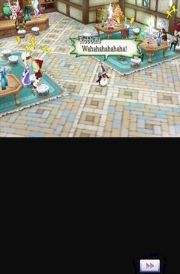 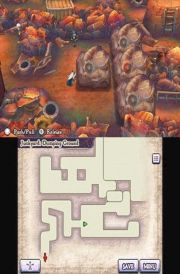 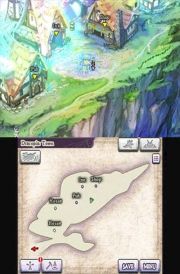 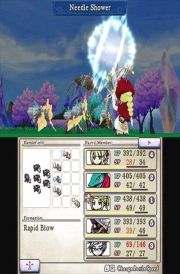 The Alliance Alive is a classic jRPG developed by Cattle Call. The title was developed by Yoshitaka Murayama, the legendary developer responsible for the iconic Suikoden series.

The Alliance Alive takes the players to a fantastic world inhabited by people who, hundreds of years ago, were invaded by a foreign civilization known as the Asmodians. The objective of the invaders was the deposits of the so-called Chaos Energy - when its extraction began for good, the planet's magnetic field was shaken, which brought powerful cataclysms on it. The greatest misfortune was the emergence of the ocean known as The Dark Chaos, which not only led to the extinction of most of the population but also covered most of the globe. Those who managed to survive represented different cultures, which was reflected in the appearance of the lands inhabited by them. Due to the fact that even natural disasters could not stop the Asmodians, some survivors founded a resistance movement known as Night Crows - the aim of its members is to put an end to the invaders' actions and restore the old order.

The players take control of nine heroes who have different origins and values. While Ursula, Galil, Barbarosa, and Renzo belong to the Night Crows; Viviana and Ignace represent the Asmodian race; and the others, Gene, Tiggy, and Rachel, remain neutral and committed to their own goals. The protagonists are scattered all over the world, but over time their paths begin to cross, which not only opens new storylines but also leads to intriguing twists and turns of action.

The Alliance Alive is based on a scheme developed for many other games of this type. In the course of the game we travel around the vast world, which consists of both large cities and vast underground, and we carry out orders accepted from NPCs. If during the exploration we come across enemies, the action moves to a separate board - flights in which a maximum of five heroes take part, take place in turn-based mode, and the key to success is the skillful use of individual abilities of individual characters; it is worth noting that the more often we use skill and the more powerful opponent we beat him, the faster his value increases. We also increase the combat potential of individual heroes by acquiring more and more powerful equipment or by joining one of the guilds functioning in the game world.

Three-dimensional visuals of The Alliance Alive has been maintained in manga style. It is complemented by a specially composed soundtrack by Masashi Hamauzu.