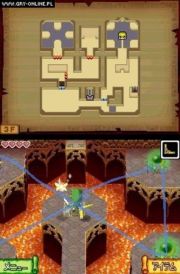 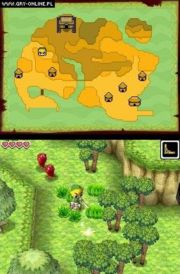 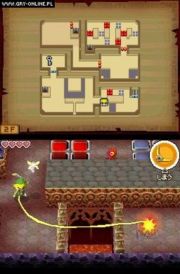 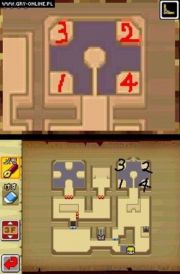 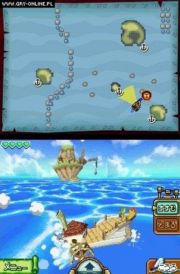 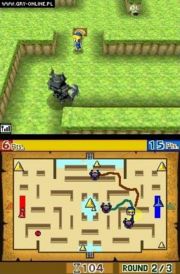 * The stylus makes controlling Link easier than ever. Tap on the screen to make Link move, or sweep the stylus around him to swing the sword. Players can even draw a path for his boomerang and send it flying into hard-to-reach targets.

* Players can stash the map on the top screen for quick reference or drop it to the touch screen to make notes, study enemies, or chart a path for their boat to follow while they man the cannons.

* Compete with a friend over a local wireless connection: Guide Link through special dungeons to capture the Triforce or command the forces that oppose him.

Many months have passed since the events of The Legend of Zelda: The Wind Waker, and Link, Tetra and Tetras band of pirates have set sail in search of new lands. They come across a patch of ocean covered in a dense fog, in which they discover an abandoned ship. Tetra falls into danger when she explores the ship alone, and Link falls into the ocean when he attempts to rescue her. When he washes up unconscious on the shores of a mysterious island, he is awakened by the sound of a fairys voice. With the aid of this fairy, he sets off to find Tetra  and his way back to the seas he once knew.