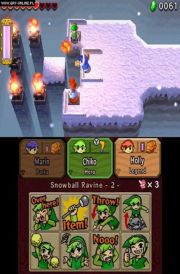 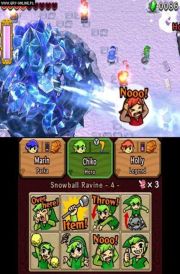 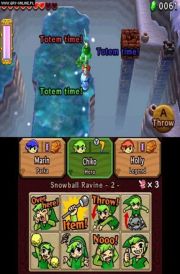 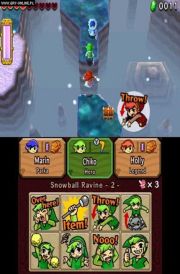 The Legend of Zelda: Triforce Heroes is another installment of the popular series that dates back to the end of the 90s and Nintendo Entertainment System era. At the moment, the franchise consists of over a dozen major productions and a number of spin-offs. The title is available solely for 3DS.

What distinguishes Triforce Heroes is the cooperation mode for up to three players. Contrary to previous installments that featured multiplayer, this game is focused on cooperation, not individual players achievements. Therefore, they have to cooperate to defeat bosses, solve puzzles, and complete subsequent levels. One of the basic examples of such cooperation are totems which are three characters standing on one another in order to reach otherwise inaccessible places or hit a strong opponent in his weak point.

Moreover, Triforce Heroes offers the possibility of changing players equipment. Clothes and weapons that we find or purchase provide us with special abilities: they make avoiding an attack more likely, enlarge bombs, or let us perform attacks unavailable to other characters.

Focusing on cooperation doesnt mean that The Legend of Zelda: Triforce Heroes for 3DS is devoid of single player mode. In such case, we control every one of the three characters interchangeably, solving subsequent puzzles by ourselves.

The game is characterized by simple, not very detailed but very colorful graphics which is the hallmark of most of the installments of the series.