This is the Police is an unusual strategy game released for PC, PS4 and etc. with adventure elements. The player assumes the role of the head of local police. Instead of focusing on enforcing order, he decides to break the law for personal reasons and thus acquire much needed cash. By making use of his authority and influence, he takes advantage of local representatives of the criminal underworld to gain a fortune, but he must also be careful not to get caught red-handed. Independent studio Weappy is behind this production.

The main character of the story is Jack Boyd  a sixty-year old policeman, and the head of Freeburg police station, who is forced to retire in 180 days. Having never received the due gratitude for his faithful service and dedication, he decides, for the first time in his life, to break the rules. While observing his corrupt colleagues and their opulent lifestyles, he wants to acquire one million dollars, with no regard to morality and integrity he had so far.

Gameplay in This is the Police for PC, PS4 and etc. is divided into two distinct segments  story- and strategy-based. In the first one we follow the story of the protagonist and build relationships with other key figures in the game, and in the second one we decide which crimes to commit and deal with police departments trying to prevent them. At the same time, we must constantly manage large sums of money and decide on improvements of the police units  all of this while laundering a part of our earnings behind everyone's back. Keeping up the appearances and balancing between law and crime is one of the key features of this production, and despite the lack of complex statistics, the economic element inevitably plays a key role at the end of the story.

Jacks fate comes to an end after 180 days, but it can have at least several different forms  an alternative to a successfully completed swindle is the prospect of spending the rest of his life in prison or even death at the hands of the local mafia. Players decisions affect the ending, so every choice we make plays an important role.

The graphics of This is the Police for PC, PS4 and etc. are relatively simplified. Still, 3D models built mostly of simple vectors are aesthetically pleasing and distinctive. This applies both to the gameplay watched through the narrative and the strategic map of the city. An interesting fact is that the voice actor for the main character is Jon St. John  the same person who voiced Duke Nukem many years ago.

This is the Police Game Guide

This is the Police game guide covers all of the basics of the effective police station management. It also contains advices to various situations and crimes and informs about the solutions to all of the available investigations. 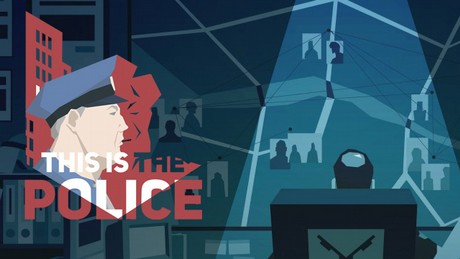 Do you think that being the chief of police is a simple and relaxing job? If so, This is the Police will quickly change your mind, and it will do so in style.