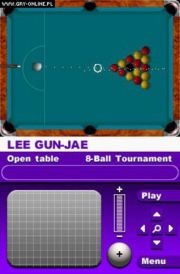 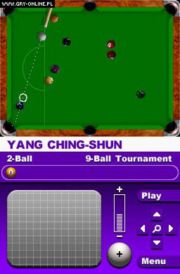 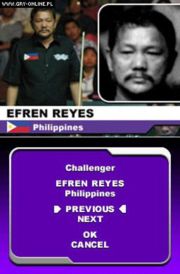 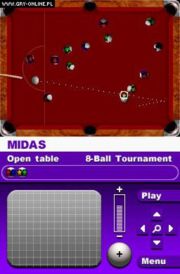 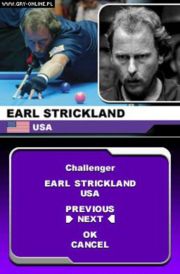 When you want to be the best you have to beat the best. This means taking on and defeating Earl “the Pearl” Strickland, Efren Reyes, Francisco Bustamante, Ronnie O’Sullivan and current World Champion Daryll Peach – and that’s just what you can do in World Cup of Pool!

Featuring 32 of the worlds top players – with over 15 Pool and Snooker world titles between them – prove you’re a winner at 8-ball, 9-ball and snooker and claim the ultimate prize in any sport – the World Cup.

If you fancy an alternative challenge have a go at playing “Killer” against the champions or Wi-Fi against your friends.

Whatever you decide to play, you’ll need to be on top form to defeat the all-time greats and claim the trophy

Fully licensed with sixty-two of the best players from around the world.

Top screen displays the whole table, whiles the bottom touch screen allows you to cue-up with your stylus.

Unique Hall of Fame trophy room to track your career.