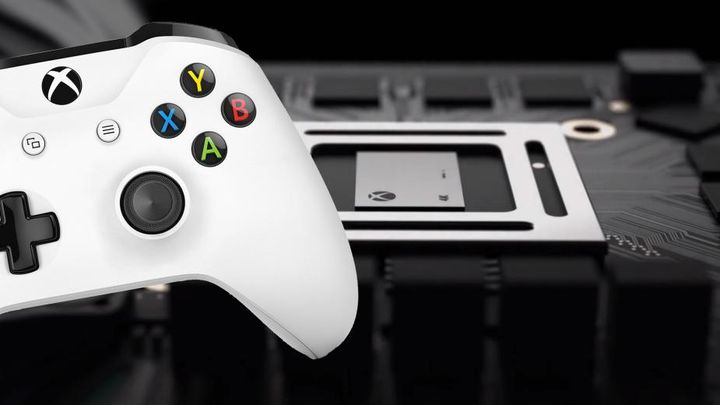 Will AMD Flute be the answer to AMD Gonzalo?

Twitter user Komachi_Ensaka published an entry about the new SoC (system-on-a-chip) from AMD, named Flute. The design was found in the UserBenchmark database. Details suggest that we are dealing with the heart of Xbox Scarlett - the equivalent of AMD Gonzalo, on which the competitive PlayStation 5 console is to be based.

AMD Flute has an 8-core and 16-thread processor based on Zen 2 architecture. Its base clock is 1.6 GHz, but in Turbo mode selected cores work at twice the speed (3.2 GHz). This specification should ensure that the CPU of the new Xbox will be at least twice as fast as the CPUs used in current-gen consoles (they use quite old Jaguar-based CPUs).

The GPU of the new platform is known under the codenam NAVI 10LITE, which probably means that we will are dealing with a stripped-down version of the Radeon RX 5700. The system will be supported by 16GB of GDDR6 memory, shared by processor and GPU. From Microsoft's announcement we also know that the hardware will have its own SSD, which is to be fast enough for developers to be able to use it as an additional memory.

Microsoft boasts that the console is supposed to allow gameplay in 8K at 120 frames of animation per second, although achieving such performance and image quality in new productions seems unlikely. The device will also support the famed ray tracing technology. Regardless of the marketing catchphrases, everything indicates that we will get a device with a solid reserve of computing power.

Dying Light Will Get Another DLC