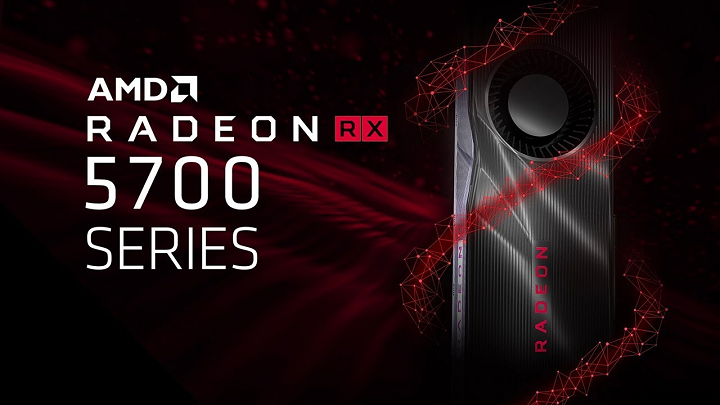 Guess we've got two rad GPUs on our hands.

The market was looking forward to new graphics cards from AMD. Despite numerous promises and the manufacturer's figures, the performance of the RX 5700 XT and RX 5700 remained a great unknown. However, looking at the first reviews of the new models, we can certainly pull their own weight. Although the said Radeons do not beat Nvidia's Super series chips and do not have hardware support for ray-tracing, in games they perform satisfactorily, and their prices make them a really good choice. 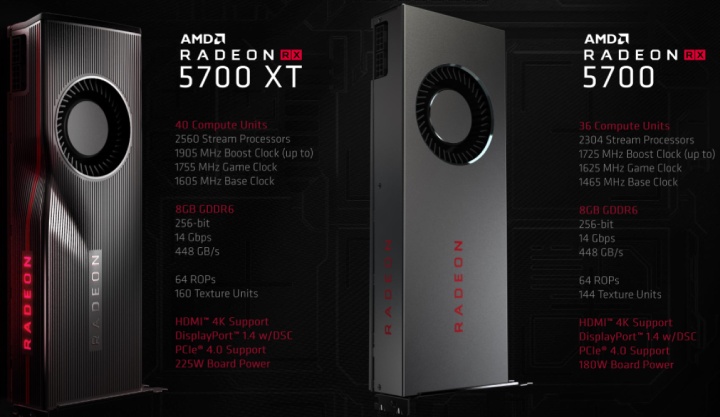 Comparison of the specifications of the new Radeon. Source: AMD.

"It is good to see AMD back on track with some mainstream to high-end positioned Radeons. 7nm, a new architecture, GDDR6 the specs all tick the right boxes. Seen from Polaris AMD made a HUGE step forward in performance. In fact, NAVI sits at the Vega performance level. So the improved architecture is sound, and works. My fear, for now, is that the products might be priced a notch too high even after the pre-launch price drop. Team green just outed their super products, and the RTX 2060, 2070 Super will be fighting off NAVI10. The realm AMD is sitting in performance wise with the RX 5700 series is the non-Super models 2060 and 2070 with exceptions here and there. Then there is, of course, the discussion on how relevant you find hardware accelerated Raytracing and Tensor support. Most of you don't care at this time, but much like anything in the tech industry, everything will evolve, and AMD positioned itself to be smack down in the middle of that next step in the gaming evolution. By not offering at least RT support, their trump card really needs to be pricing and proper shader based gaming performance," we read in the test. 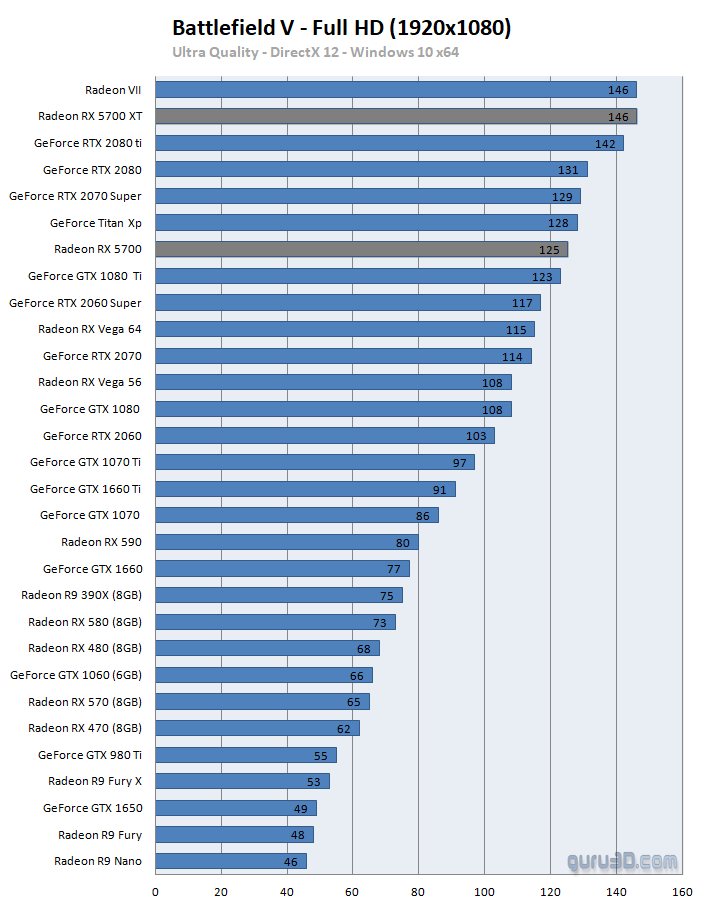 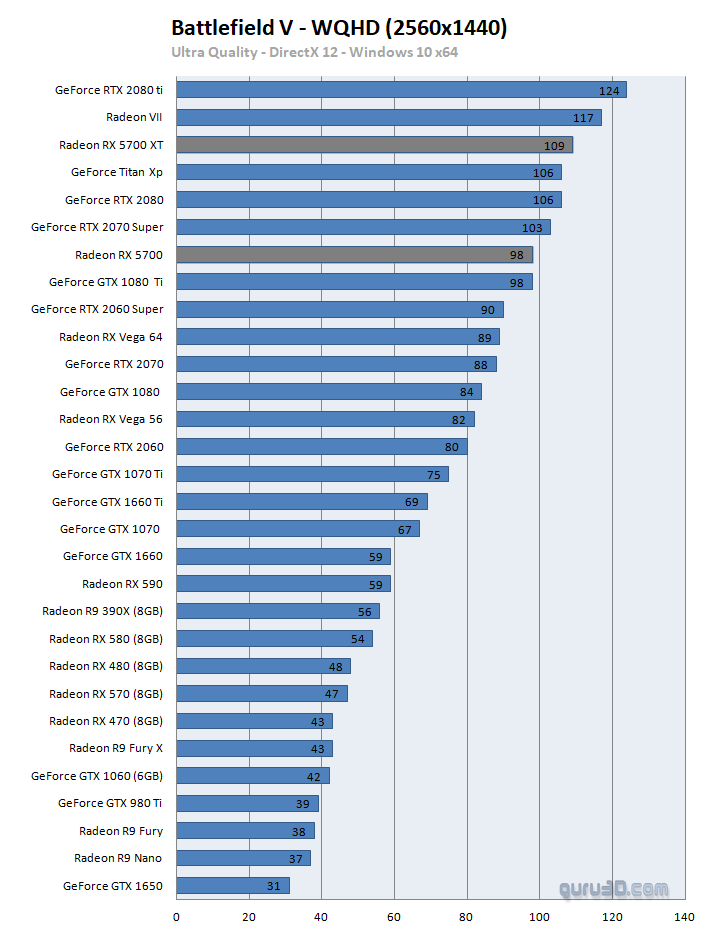 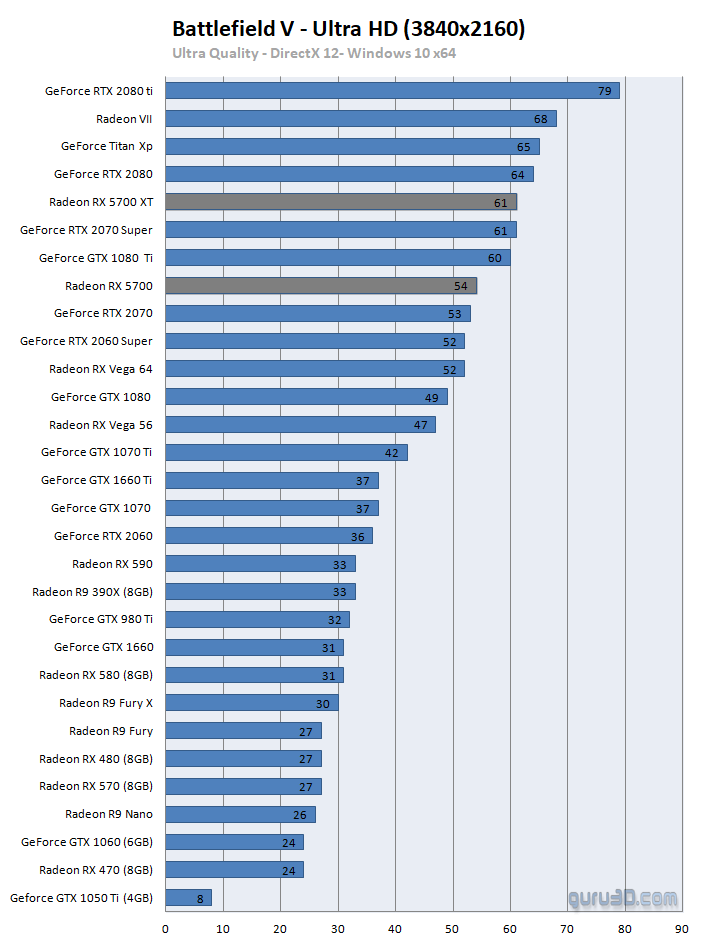 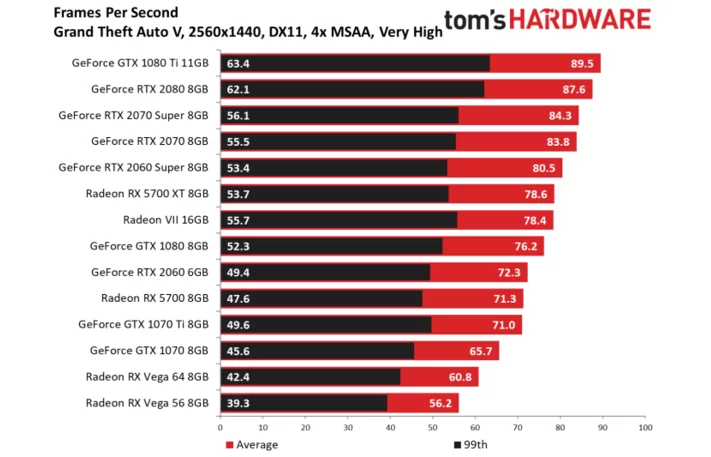 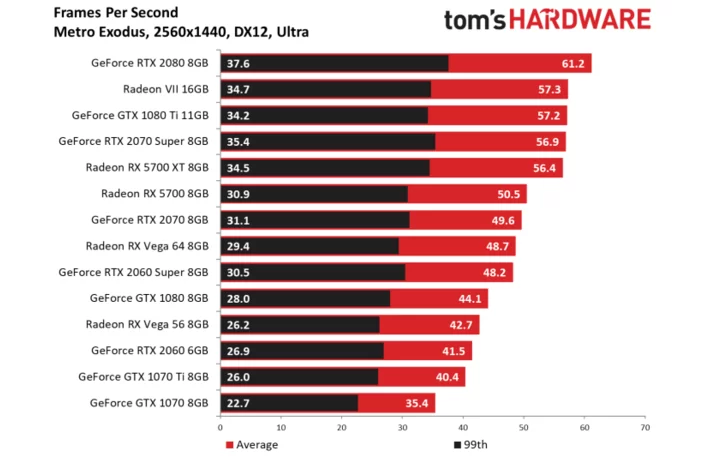 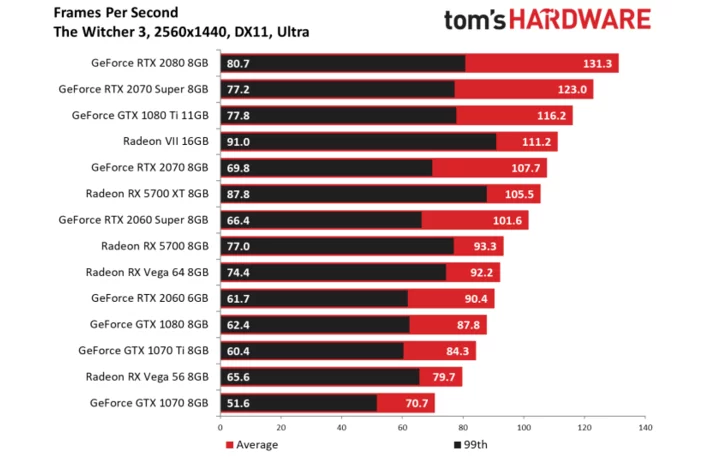 "The new Radeon RX 5700 XT might not be the best graphics card on the market but it doesn't need to be, it needed to land somewhere better than Vega and somewhere under or equal to SUPER, and it does just that. In some things it loses, in some games it equals, and in some games it beats its competitors (either in itself with Vega, or with NVIDIA and GeForce GTX/RTX series graphics cards).

Wrapping things up, AMD has done a great job here with the Radeon RX 5700 XT. I don't like the RX 5700 as much as I hoped, but the RX 5700 XT is a surprising card that has me wanting to test it much more. Not just in reference form but in custom cards from the likes of MSI and SAPPHIRE... I can't wait to see how far the Navi 10 GPU can be pushed with additional cooling and power limits removed or lifted," the test author is delighted. 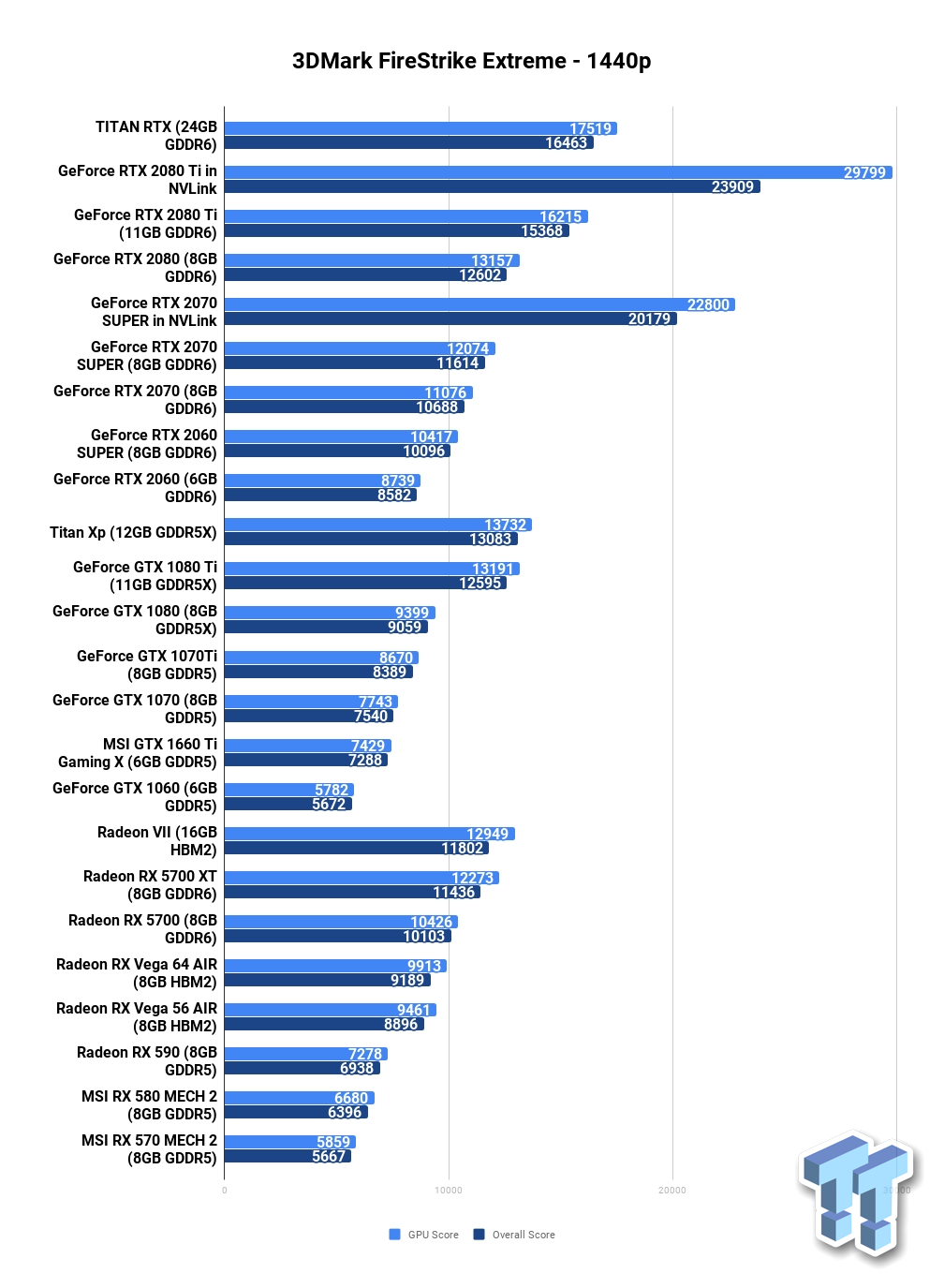 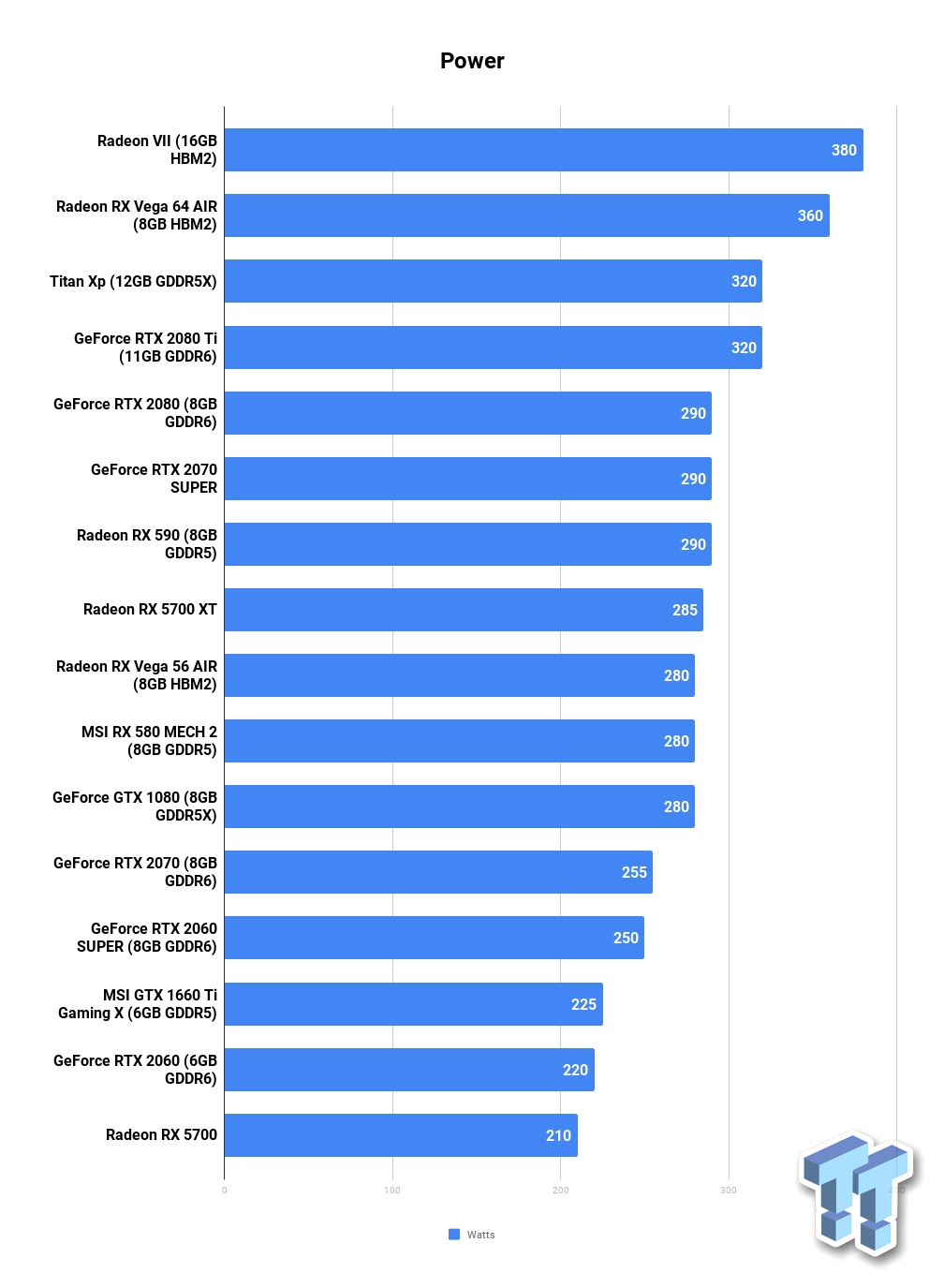 Ultimately, todays launch isnt a case of a next-generation card coming in and wiping the floor with its last-generation competition; like the RTX 20 series launch last year, the RX 5700 launch is a more gradual shift in pricing and performance. GPU development is expensive, 7nm is even more expensive, and everyone is playing things a lot more conservatively than they did earlier this decade. For the moment then, the RX 5700 series can largely be considered to be part of the same generation of GPUs as the RTX 20/GTX 16 series, for all of the benefits and downsides that entails. The upside is that we get more to talk about, and get to form a more nuanced opinion, but for anyone looking for a simple recommendation for a new video card, there wont be anything quite that simple with this launch," the author compares. 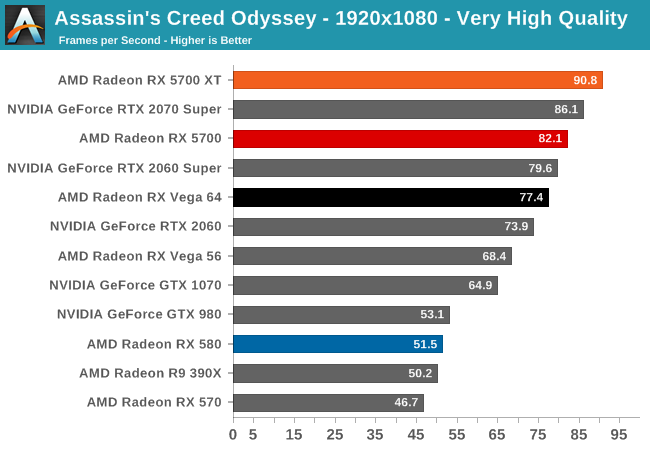 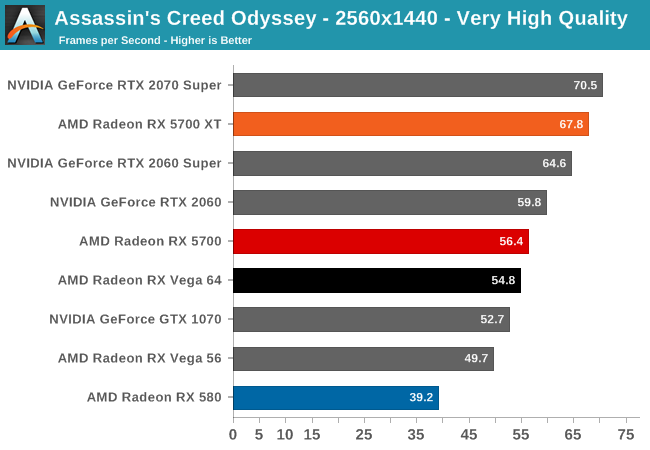 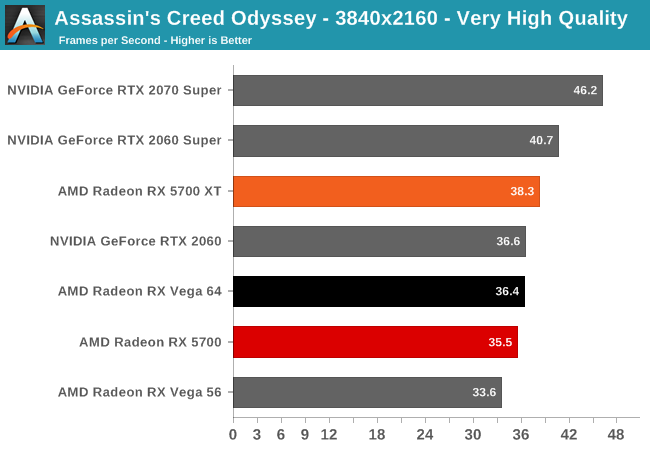 Knowing AMD, it could have been worse.

As in the case of the new Ryzen 3000 series CPU, AMD's GPU did decently, to say the least - we received very nice cards at good prices. It is slightly worse than promised, but better than expected. You may also think that with the drivers refined, the results of the new GPUs will improve a little bit more.

This is a good thing for the future, because for some time now there has been virtually no competition on the market for graphics cards. Meanwhile, AMD has returned to the game with a platform that has the potential for further development, Intel is ready to pick up the gauntlet, and representatives of Nvidia confirmed that they are working on chipsets manufactured in the 7 nm process. It's going to be a hot time on the GPU market.