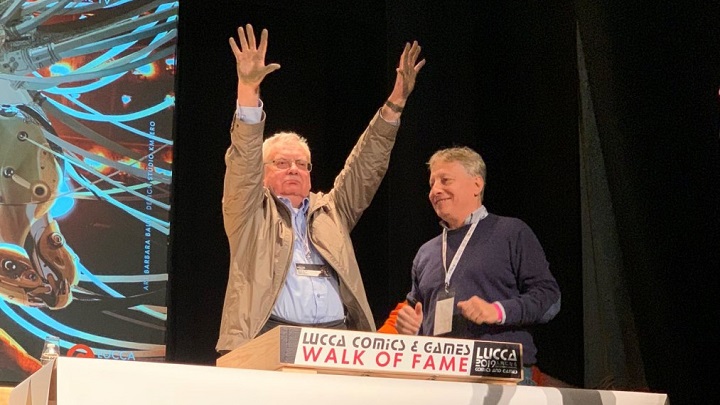 Yesterday, the Lucca Comics and Games event began with a panel featuring Andrzej Sapkowski, a Polish fantasy writer and author of short stories and novels about The Witcher. During its course, the creator answered the questions from the fans. Among his statements one can find several gems.

At the beginning, Sapkowski told the participants a little bit about himself and about how the world-famous series The Witcher was created. He also revealed that from his youth he knew that he was made for "something greater".

"They say there is always something inside of you that is ready to burst, like in the Alien movie. That was the case with me when I was a young man and wrote lots of stupid stuff. But I knew that I've got something in me. 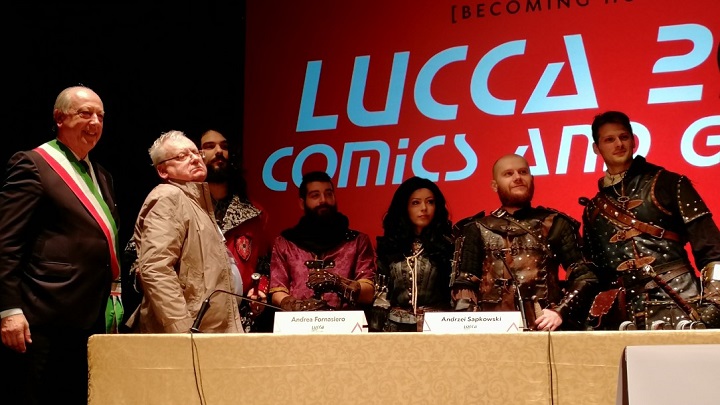 Andrzej Sapkowski posing for a photo with cosplayers.

The author also touched upon the subject of translating his books. According to him, author's true intentions can often be lost in translation, and unfortunately Sapkowski usually does not have access to them and does not speak all languages to be able to watch over them himself.

A translator is a traitor, as an Italian saying goes. Nobody asked me about the translation, only very rarely. But what can I do with Korean, Finnish, Hungarian translations? Im at the mercy of translators. I do speak about 20 languages, but not Hungarian or Finnish.

One more interesting statement from Sapkowski touched on the subject of video games with The Witcher in the lead role. The series was a greater success than his books, but the author claims the right to this success (as the creator of the universe). He also called himself... "a video game master."

Im a master of video games But I didnt play them [the video game adaptations of The Witcher - editor's note].

At the end of the panel, the author said that he likes to read different books and even a hundred of them goes through his hands over the course of a year. His last statement was addressed to aspiring writers:

It is worth mentioning that the new trailer of Netflix's The Witcher will appear today around 8 AM (PT). Then we will know the official air date of the series. Sapkowski claims that production can be even more successful than Game of Thrones.

1666 Amsterdam is the New Game From Ancestors The Humankind Odyssey Dev?

iPhone Sales Dropping, but Apple has Reasons to be Satisfied