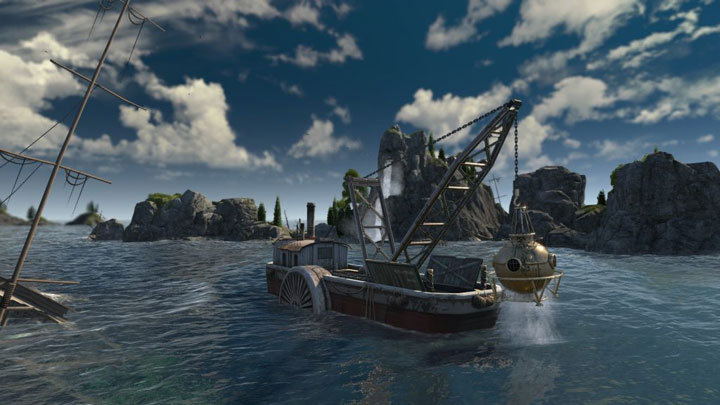 The expansion will be released at the end of the month.

Ubisoft finally revealed the release date of The Sunken Treasures, the first large expansion to the strategy game Anno 1800. The DLC will debut on July 30, this year. A new update will be released on the same day. Expansions are part of the season pass, but you will also be able to buy them as standalone.

The Sunken Treasures will allow you to play a new storyline, in which a search for the missing queen will lead us to Cape Trelawney, the site of a great sea battle. On the way, we will try to recover the royal scepter from the wreck of one of the ships, which will require cooperation with an inventor specializing in deep-sea diving equipment. It should take us about six hours to complete the storyline.

The Sunken Treasures will also introduce to the game a new European session, covering not only small, medium and large islands, but also a powerful continental island, three times the size of the largest terrains in the basic version of the game.

The expansion will also offer a new trading partner known as Old Nate. We will be able to construct his inventions within a crafting system. Among them we will find a new type of ship, equipped with a diving bell.

Apart from these inventions, there will also be additional items related to adventures and decorative objects. In total, The Sunken Treasure will introduce more than a hundred new items into the game.

Anno 1800 is available only on PC. The game was released on April 16, this year and met with a warm welcome - the average Metacritic score is 81%.