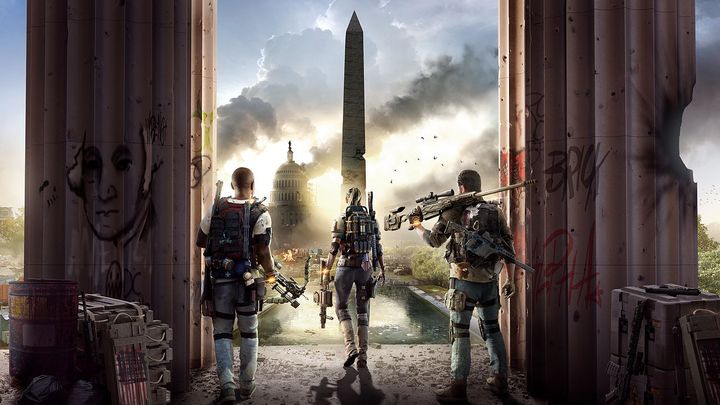 Decision to leave Steam had a negative impact on the prices of The Division 2 and Anno 1800.

The Epic Games Store entered the market with a bang at the end of last year. Using data from IsThereAnyDeal, which compares the prices of digital versions of games on various stores, a ResetErauser, based on the example of the two aforementioned games, noticed that after leaving Steam they increased their average price by 10%. Inspired by his calculations, we decided to check whether such a situation actually takes place.

If you take into account the lowest prices you can currently buy Anno 1800 and The Division 2, you can clearly see that there is a grain of truth in the calculations made by user dex3108, but the numbers are overestimated. According to dex3108, the lowest price at which you can buy both games at the moment has increased by an average of 30%. If you look at the screen he has presented below, you will notice that the lowest recorded price for The Division 2 46.85 Euro in the GamesPlanet UK store. However, it should be taken into account that at that moment it was reduced by 15% (special offer on launch).. The base price was EUR 55. In comparing this to the lowest currently available price - EUR 59.99 on Uplay - this gives us a 9% price increase.

In the case of Anno 1800, these differences are much smaller. If you include promotional prices, the difference will be 12%. On the other hand, taking into account the basic prices, before the launch the game could be purchased for EUR 55 in the GamesPlanet UK store, and then for 58 Euros in the 2games service. The increase was therefore about 5%. 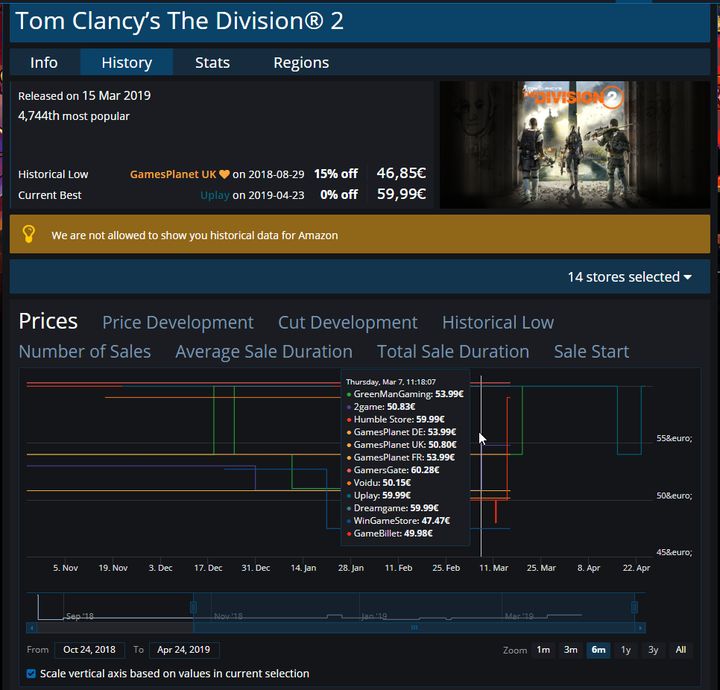 Data showing the change in prices of The Division 2 over the last six months.

This is due to an exclusivity agreement between Epic Games and Ubisoft. As a result, it was decided to limit the availability of keys from this publisher in third-party shops. It is from these sources that players can buy games at lower prices than on the major platforms.

These calculations show that, after Ubisoft's departure from Steam and limiting of our ability to buy from third-party sources, Epic Games and Uplay are free to set prices. This development is at odds with the words of Tim Sweeney, who predicted that the prices of games would drop as a result of a lower margin on his platform.