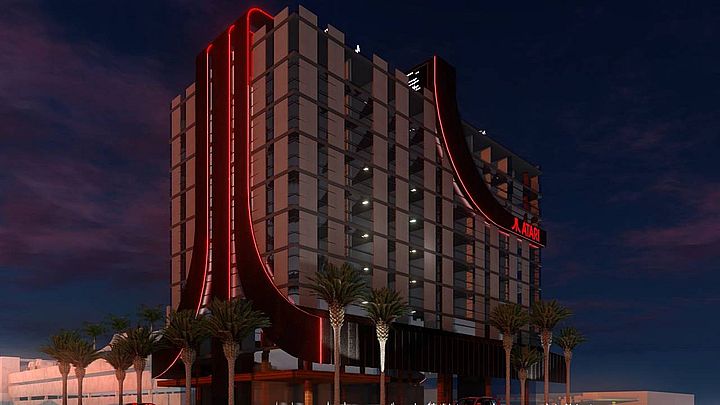 Graphic presenting the appearance of hotels.

Among us there is no shortage of people who talk about Atari with sympathy and nostalgia. These are especially older players who remember how the company triumphed in the 1970s and 1980s. Unfortunately, due to a few missed decisions, the name Atari does not say so much, or anything at all, to the new generation. But that may change soon, not through video games. The company announced signing of an agreement with GSD Group, under which it will build a chain of hotels in the USA under the name Atari. The first one will open later this year in Phoenix (the capital and largest city of Arizona).

Further hotels will be built in Las Vegas, Denver, Chicago, Austin, Seattle, San Francisco and San Jose. Don't know about you, but I find this information quite a surprise. A hotel chain is the last thing I would expect from Atari, even if we are only talking about branding. The company boasts in a press release that its facilities will offer - apart from high-class rooms, of course - top-level entertainment for people of all ages (including VR and AR games). Selected hotels are to be equipped with modern rooms designed for the organization of eSports events.

It is worth noting that the statement does not mention that apart from the name and obvious video game theme, Atari hotels offer attractions directly related to the company's products. The graphic shows the logo and characteristic red inserts, and that's basically all. However, pay attention to an important detail - the locations of subsequent hotels are rather not accidental. Most of them will have a big studio or publisher active in the digital entertainment industry nearby. 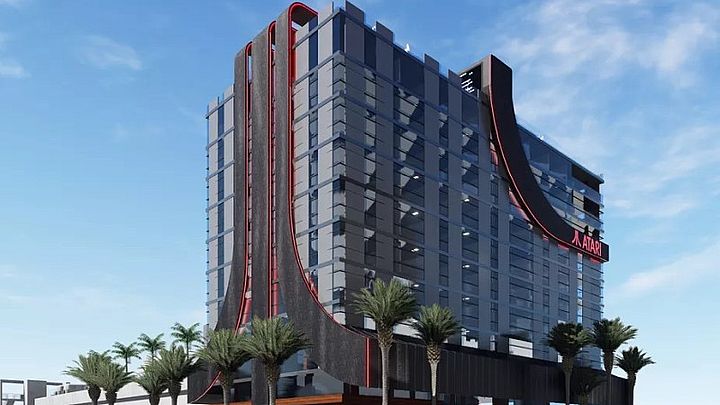 Will Atari hotels attract customers? Time will tell. The fact is that the company will gain anyway, because it is supposed to get 5% of profits from the functioning of the facilities. Let's add that it received $600,000 for signing the contract alone. Atari's CEO, Fred Chesnais, is not hiding his satisfaction:

“We are thrilled to partner with GSD Group and True North Studio to build the first-ever Atari branded hotels across the United States. Together we’ll build a space that will be much more than just a place to stay. Atari is an iconic global brand that resonates with people of all ages, countries, cultures and ethnic backgrounds and we cannot wait for our fans and their families to enjoy this new hotel concept,” said Fred Chesnais, CEO of Atari.

Well, we just have to hold him to his word. If you're going to Phoenix by chance, it's important that you take a look and see how they did. Of course, if the hotel is ready by then.

The Thing Returns - Remake in the Works