A few weeks ago, Baldur's Gate III launched in Steam's Early Access. Although the overall reception of Larian Studios' latest title is very positive, the game's forum is not lacking in opinions criticizing some of the developer's decisions. The most doubts are raised by the game's similarity to Divinity: Original Sin 2, as well as (according to some) unnecessary changes in the mechanics of the fifth edition of Dungeons & Dragons.

Divinity Gate 3 - fire and ice, barrels and other stuff from D:OS

One of the most criticized things are borrowings from Larian Studios' previous game, Divinity: Original Sin 2, such as fire, ice, acid and other effects from various spells and cantrips. Most often, they inflict additional damage, make it difficult to move or impose some kind of restriction on the characters. Some players think that there are far too many such things, same as exploding barrels.

"One thing I was hoping for with BG3 is that, since it's DnD 5th, we wont have this obsession with oil barrels, flames absolutely everywhere, frozen ground and all that jazz that permeates absolutely everything in DOS.... and while it isn't AS much, it's still WAY TOO much," andreasrylander complains.

The best, because extreme, example of how explosive barrels can affect the gameplay is the action visible in the video below.

Another borrowing from the D:OS series is how food works; it restores health (in D&D we are limited to rests and healing magic), which reduces the usefulness of clerics.

"Food for healing is... strange. If they want us to be fully healed before each fight, just give us a short rest before each fight and balance the game around it. But then it would be difficult to make long resting points," Xeviat points out.

Additional elemental effects also annoy the players because in some cases they are triggered by abilities known from D&D 5E that have been changed. An example is a cantrip called Fire Bolt, which is originally one of the class' best options of damaging enemies without using up spell slots (thanks to its high damage, 1d10). In BG3, this ability deals only 1d6 damage, but additionally creates a "field of fire", even in a place where there's really nothing to burn, for additional, unavoidable damage.

"Heck, even cantrips have surface effects automatically, which almost makes them better than level 1 spells. And all those environmental effects cut through armor, and you try to walk around, but there's fire everywhere so you constantly take damage from everything. This isn't a problem in most/all DnD campaigns, and I feel it's overdone in BG3," writes andreasrylander.

Changes can be seen also in other cantrips and spells, but modifications introduced by Larian Studios are not limited to this aspect of the game. For example, developers have lowered the armor class and increased the number of life points of some enemies (such as goblins) to make the fights less frustrating, as you can guess. According to some players, this weakens the characters who use magic, whose very limited pool of spells is not as effective, because, for example, they don't eliminate a group of enemies, but only hurt them.

"Okay so Larian has decided to modify the D&D rules to make missing less frequent. To do so they lowered the armor class of enemies but buffed their hit points. Okay fine -- so martial types are more likely to get a satisfying "clunk" when they swing at something.

Unfortunately, this also nerfs casters. Fireball won't be the crowd clearer that it's meant to be. If the goblin party followed the monster manual stats, most of the goblins would die in a fireball and the fighters would finish off the remaining bugbears and trolls. Now, fireball will only weaken the goblins. This lowers the power of casters considerably," KillerRabbit writes.

Some fans are also not sure if the developers managed to convey the atmosphere of the Forgotten Realms universe properly. In their opinion, the game doesn't use the setting well enough and there is no depth comparable to previous installments.

"The game is pretty fun, but it lacks "Forgotten Realms" feeling to it all almost as if it could be any D&D setting at the moment," Vile points out.

Forgotten Realms is a universe with a long and colourful history.

Some people also have big doubts about the beginning of the game and the themes that were used in the main storyline. We don't have a classic, calm start, battles with animals and weak monsters, instead the player is thrown into the middle of the action, with interplanetary vessels, devils, and mind flayers. Critics indicate that this does not seem like an adventure for beginners.

"To be fair, fighting your way through a battle between mind flayers and devils in the Hells doesn't seem to be something a lvl 1 would survive. If we had a tutorial putting us at lvl 3 before getting snatched up it would feel a lot more authentic. Your companions would make more sense too, as they seem too accomplished for lvl1. They are a stretch for lvl 3 too, but it's at least a bit more believable when everyone has their archetype," TomReneth writes.

The day and night cycle and the presentation of rolls

Some players also lack such details as the day and night cycle (in BG3 the locations have a predetermined time and weather, just like in Divinity) or the incantations during spell casting similar to those we could hear in Baldur's Gate and Baldur's Gate II: Shadows Amn. Some people would also like to see changes in the way the dice rolls are presented in dialogues, so that character's bonuses and statistics are visible. 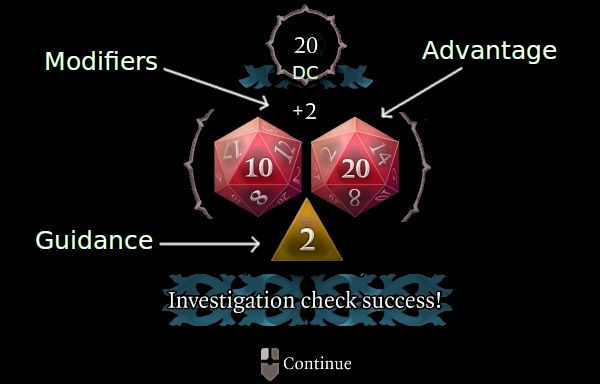