You think the biggest problem is the combat system and replacing turns with active pause? Fans of the original Baldur's Gate may indeed have much more serious worries. Let's imagine a situation. A 40 year-old, who's long given up on video games because, you know – life – hears that the follow-up to his beloved game from decades ago returns. Not thinking twice, he quickly heads to Steam, downloads the launcher, and... there it is! Baldur's Gate 3! The "Early Access" label doesn't mean anything, so pays no attention to it.

And what will happen after our 40-year-old already downloads the 80-GB-worth of game files? Shock and disbelief... Or at least a strong sense of being lost; not how we remember Baldur! And that’s if the game even runs properly, because Larian so far seems more occupied on motion-capture and modelling cute faces than optimizing the game.

Before you throw a stone at Larian, remember – it is early access, after all. Optimization is complex and labor-intensive, and optimizing an unfinished game isn't the smartest decision. 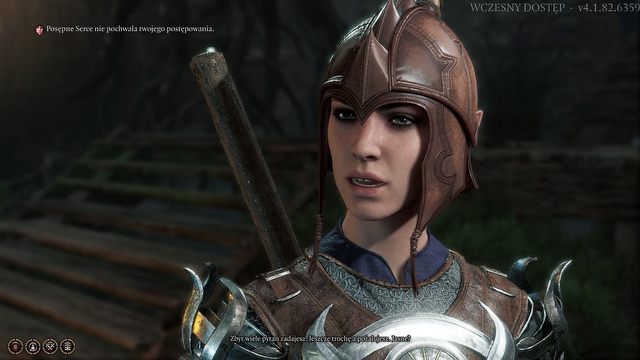 The game will bring both complex relationships and romance.

In any case, anyone who hasn't played isometric RPGs for 20 years may attempt to learn the game the same way they always did – their own wits, trial and arror, and any hints the game offers. They'll learn to control the team in full 3-D, explore dozens of tiny buttons and keys, and figure out the changes that happened between the second and fifth edition of D&D – both in terms of mechanics, and the world itself. That's one possibility. The other is this: the person buys the game, tries to play it for an hour, and then decides life is just too short for all that. 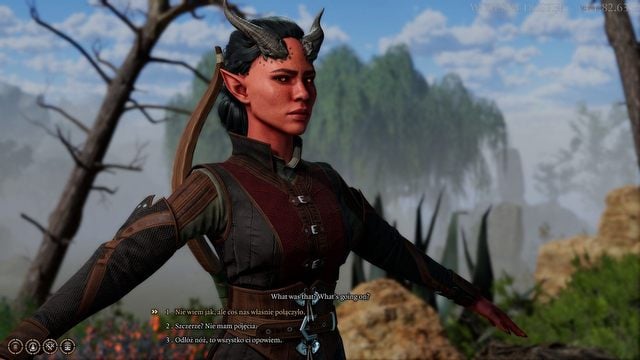 The game is available in seven languages, but the localizations are reportedly rather sketchy.

Alright, but what about the people, who have actually played some games in the past decades – should they get Baldur's Gate 3 now? Well, it depends. If they played and enjoyed Divinity: Original Sin 2, then yes, certainly. Larian Studios has achieved great things with DOS2 – and in fact, all these achievements are reflected in Baldur's Gate 3.

Three years ago, the developers from Belgium proved they know how to make role-playing games. They created a game that was at once complex and intuitive, as well as modern and true to the tradition. BG3 at first glance seems a game built on the same foundation – but it also tries to do a few things in its own way, and so it definitely needs more time in early access to figure out the right balance of ingredients... and tighten the loose screws, as there's quite a few. 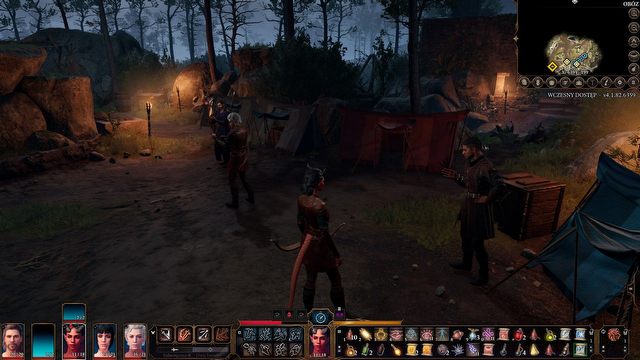 Just like DOS2, Baldur’s Gate 3 offers a four-player coop (for now only online, in the future, also local).

WHAT IS THIS GAME ABOUT? AND HOW MUCH BALDUR IS THERE IN BALDUR?

The action takes place some two centuries after the events of the first two Baldur's Gate games. This isn't a direct sequel, and the knowledge of previous instalments isn't mandatory.

Our character – created or selected from among the five default adventurers (for now, Early Access offers only creation) – is introduced to us during a kidnapping by the horrific Illithids, also known as Mind Flayers. It doesn't last that long, as the boat crashes shortly after the prologue near the eponymous city. But we can't just enjoy our freedom – the flayers infested our brain with a "tadpole" that turns us into them – a problem that requires swift addressing. Thus begins another great adventure in the Forgotten Realms.

Do you wonder how connected the story from Baldur's Gate 3 is to the old games? To be honest, I don't know. The first act gives no real grounds for any surmises; I haven't noticed any familiar characters, I haven't heard the name "Bhaal" even once. However, the plot promises to be complex and multi-threaded, so the final version of the game may yet turn out to be full of references to the classics. Especially once we get to Baldur's Gate.