Comics and memes whose main characters are the so-called Countryballs, i.e. friendly balls in the colours of various nations, symbolizing their stereotypes, are still very popular among the Internet users. They have also appeared in video games. The mobile game Countryballs: The Polandball Game and the upcoming strategy game CountryBalls Heores are some of them. Soon, this group will be joined by another work - Bang-On Balls: Chronicles from the Warsaw-based studio Exit Plan Games.

According to the official description, Bang-On Balls: Chronicles, heavily inspired by the Mario or Sonic series, will be a 3D TPP action game intended primarily for casual players. During the game we'll get a chance to control a personalized Countryball and set off on a humorous adventure that takes place on open boards very loosely inspired by real periods of human history. The gameplay is to be rich with enemies to defeat, treasures to discover, items to acquire and objects to destroy. 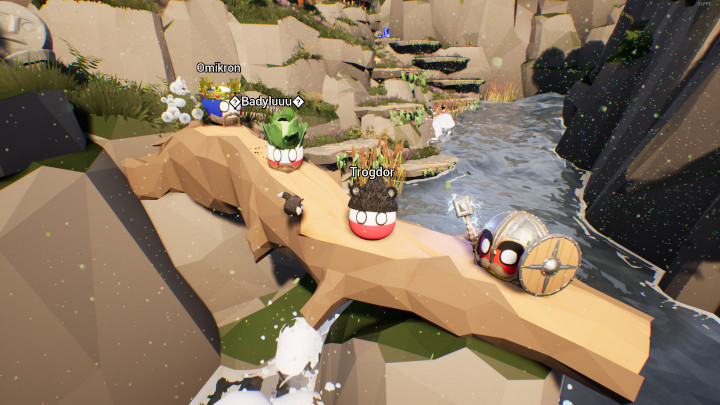 Up to four people will be able to play Bang-On Balls: Chronicles.

Bang-On Balls: Chronicles can also be played solo.However, there will also be a co-op option. We will be able to join forces with up to three friends and face various challenges together.

Bang-On Balls: Chronicles will debut exclusively on PC (Steam) on March 3, this year. The initial content of the title will be final. The creators promise that with time new elements will appear in it, including completely new boards which will take the players to the Wild West, Faudal Japan or the period of space conquest.

The debut work of Exit Plan Games, studio that consists of former employees of CD Projekt RED and People Can Fly, among others, may turn out to be a very good position for those who like to smile while gaming. But will it? Surely, no one would be offended if the expectations turned out to be reality.

Webedia group is a partner of the Bang-On Balls: Chronicles project.