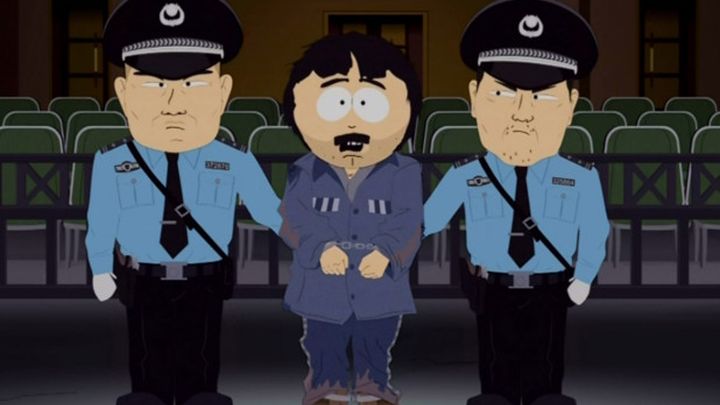 South Park shown on the streets of Hong Kong.

South Park is known for often commenting on - and most often making fun of - many of the controversial situations and problems of the modern world. No different was the case with one of the last episodes - Band in China - which targeted China, in the context of the ongoing protests in Hong Kong. The effect was as expected in the play of words used in the title of the episode - the series was banned in the country. But the censorship had an additional effect - the discussed episode was shown on a large screen on the streets of Hong Kong.

There is no certainty as to who organised the show - the protests do not have specific, easily identifiable leaders, which makes it difficult for the Chinese authorities to suppress them. What is certain, however, is that the episode enjoyed great popularity and caused numerous comments on the web. The creators of South Park, Trey Parker and Matt Stone, were praised for showing their spine and not yielding to the Chinese influence. By the protestors themselves, the episode was considered a rare voice of support from the West. It is worth noting that the show gave the opportunity for older Hong Kong citizens to watch the series, who generally have no contact with Western culture.

What about the show's creators themselves? Although they did not comment on the action, it can be assumed that it enjoys their support - especially considering the sarcastic apologies published after the series was banned in China.