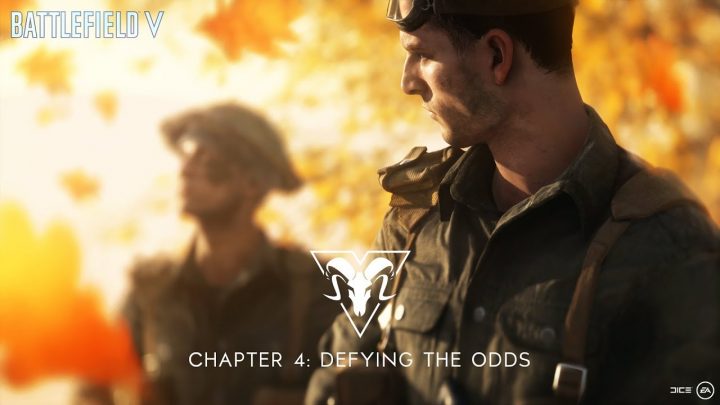 The third segment of EA Play 2019 was dedicated to Battlefield V. As predicted, the presentation focused mainly on the update entitled Chapter IV: Defying the Odds. The developers also talked about the new level system, the planned option of creating private servers and gave some information about chapter five.

What's new on the front?

First of all the, maps - in Chapter Four we will receive as many as four new locations, which will be very diverse. The next one, Operation Underground, will see the light of day in the fall between chapters four and five.

Although Al Sundan map was presented as second, it will be released as the first one at the beginning of Chapter IV. This is a classic battlefield map - vast, with a varied terrain and allowing for fierce battles with the use of infantry, vehicles and airplanes.

Marita - a mountainous map located in Greece, full of narrow roads, nooks and crannies - went first during the presentation. It is a map intended mainly for infantry, allowing the birth of, as the devs put it, "creative chaos" on the battlefield. We'll be able to play Marita as early as July.

The last map of chapter four was located in Norway and is called Lofoten Islands. The action will focus on the explosives factory, which the attacking side will have to destroy. The new battlefield will debut in August together with the French map of Provence, which was also shown during the presentation.

It will be a map similar to the legendary Operation Metro from Battlefield 4 - full of tight underground corridors, focused on a dynamic fights in close quarters. Players wil get access to it in the fall - even before the start of chapter five.

The creators decided to introduce changes in the system of levels. The number of available levels will increase from fifty to five hundred.

From September we will also be able to create private games - the system will be similar to that of Fortnite.

Back to the Pacific Ocean - Chapter Five

The start of Chapter Five has been announced for the fall, and it will take us to the Pacific to take part in the American-Japanese conflict. The devs do not reveal much details so far, but they admitted that we will have the opportunity to take part in the battle for Iwo Jima.