It has long been rumored that the company was involved in the production of a new installment of the Silent Hill franchise, and we, in turn, can reveal today that until recently, the authors of The Medium and Layers of Fear were the main candidates for another production starring the Alien, set in a very unexpected period of history. The idea was actually very detailed, original, and, well, great.

Rumors about an Alien game developed by Bloober Team have been circulating behind the scenes of Polish gamedev for at least three years, maybe even longer – today it's hard to even remember when it all started. In July 2021 an inquisitive user dug up information about the company's upcoming projects from the documents Bloober submitted to the Creative Europe, a program launched by the European Commission. The documentation contained, among others, info about the fact that Bloober Team was working on a project codenamed Black, which was to be a first-person action game focusing on exploration, survival and close-quarters combat. The project was supposed to be story-driven, and the protagonist would have to make difficult moral decisions. The whole thing would be set in a very specific period of history, namely the Middle Ages, and the enemies would be... a mysterious race of aliens. See for yourself:

Alien from Bloober Team – what would it be?

Presented from a first person perspective, the gameplay is a mixture of exploration, survival and combat. The players take in the world by exploring the environment, interacting with characters and taking part in story-driven set pieces. As the story progresses, they shape the narrative by making a series of moral choices that will lead to one of at least two endings. At times, the player engages in visceral hand-to-hand, or melee, combat. Although sparse and sometimes optional, the combat always poses a challenge and builds tension, suitable for a survival horror game. The hero is constantly outnumbered, or overpowered, and can easily perish if he is not careful. When combat is not an option, the players will be tasked with simply staying alive in the face of seemingly insurmountable odds. They can accomplish that by means of stealthily avoiding, improvising or outmaneuvering the opposition. These segments, including encounters with the alien enemies, will serve to truly ratchet up the tension and provide the game with a much-needed sense of terror. Will you evade your enemies, distract them of face them head on?

Aliens in the Middle Ages

Both players and journalists alike did not pay much attention to all of this information at the time because they had a completely different issue on their minds: the question everyone was asking back then was whether Bloober Team was making the new Silent Hill, which skewed the perspective and compelled people to try to fit the cult-classic franchise with either of the descriptions. Speculation was cut short by Tomasz Gawlikowski quite rapidly, as he stated on IGN that the first project (codename Dum Spiro) was scrapped after numerous iterations, while the original idea for the latter (Black) had also been changed and was something completely different than laid out in the document. 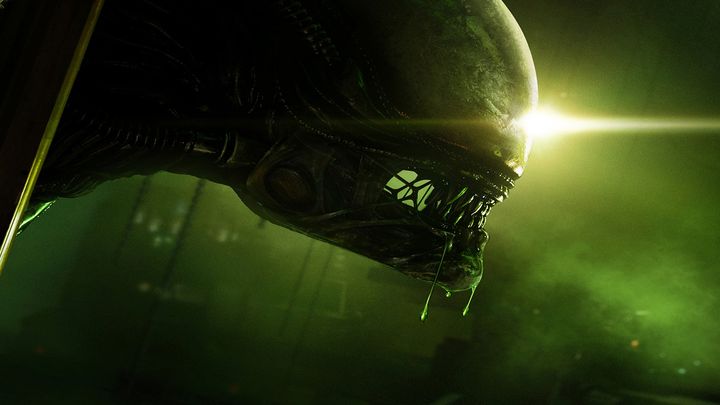 Gawlikowski did not lie, because indeed, Bloober Team was at that time forced to modify the project significantly. Why? The information we have obtained independently and confirmed at several sources shows that a deal made by Disney in March 2019 prevented the developers from realizing their ideas. The deal was the acquisition of 20th Century Fox along with all its assets.

For now, however, let's go back to the description presented above, because it coincides with behind-the-scenes rumors concerning the Alien Bloober project from a few years ago. Polish developers somehow concluded that the perfect setting for the new xenomorph game would be... the Middle Ages, and the monster itself would become an object of worship for a group of cultists, treating the creature as god. As usual in such stories, the alien would eventually wake up or break free, and the player would be the medieval version of Amanda Ripley, challenged with facing the monster.

The whole concept seemed like a crazy conversion of Alien: Isolation from the outset. The main difference would be that in the Dark Ages, we would have to use completely different tools to survive the confrontation. There’s also the aspect of combat itself, which was rather negligible in Creative Assembly's game. Of course, we do not know how extensive it would be here, but it would certainly be present in some form or other, as confirmed by the above description.

That's not all. Bloober Team had a fantastic idea for the reveal of the game. According to information we got a few years back, the studio wanted to announce a new project under a working title (probably Black Plague), but they would not reveal the fact that it would be about the xenomorph. The intention was to feed information about the medieval setting and a secret cult worshiping a mysterious deity first, so as to outline the general tropes of the game. Only later, possibly in the second trailer, it would turn out that the deity was the xenomorph itself. It would be a huge surprise and it would surely pack a hell of a punch. The plan was brilliant.

Why was the Medieval Alien cancelled?

So what went wrong in the end? Well, it was mostly a matter of coincidence. Bloober Team introduced their idea to 20th Century Fox (the holder of the rights to the Alien franchise) a few years ago, and it met with an enthusiastic reception. According to our findings, Ridley Scott himself supposedly looked at the project and he, too, thought it was a great idea (although we don't know how much truth there’s to it). If a Polish studio from Krakow would be given green light to use the brand, perhaps today we would be playing the medieval version of Alien: Isolation. Unfortunately, Disney got involved.

The idea for setting the Alien in the Middle Ages is not entirely new. In 1998, Dark Horse Comics published the comic book Aliens: Stalker, written and illustrated by David Wenzel. The comic was about a clash between... the Vikings and an Alien. The mighty warrior Rainulf faced a creatur "with iron skin, dagger teeth, and blood that burns stone – known in the far-flung future as an Alien" (quote from the publisher's materials). It was one of the few comic books about the Alien in historical context. Another one was Aliens: Earth Angel, released in 1997, in which the Alien landed on Earth in the 1950s.

The acquisition of 20th Century Fox brought the project to a standstill, as new decision-makers apparently though the initiative of the Polish studio wasn't all that awesome. We don't know the details, but it's not difficult to put 2 and 2 together here. Anyway, this is confirmed by the aforementioned statement by Tomasz Gawlikowski for IGN, who made it clear that the project called Black was not buried for good, but that we will also definitely not see it in the same form as initially planned. Well, that's a shame – it could be one of the wackiest, most surprising Alien adaptations ever.

We invited Bloober Team to officially comment on the matter. They responded as follows: “As Bloober Team, we're concerned with making horror games, not commenting on rumors”.

Elex 2 Should Finally Run at 60 fps on Consoles

New Gameplay From Diablo Immortal is a Warm-up Before Launch

Near Future of Dune: Spice Wars Includes New Faction and Much More

Sniper Elite 5 Reviews - Better Than Predecessors, but Not Perfect