The inaugural event of season 3 in Call of Duty: Warzone and CoD: Black Ops - Cold War has begun. As part of it, an atomic bomb was detonated in Verdansk, and players can expect a lot of novelties.

Sony has patented another interesting solution. The company wants to allow AI to learn the habits of the player, so that it can later help him complete the game.

Fans of railways and tycoons have something to be excited about. Rail Route will appear in early access on Steam in June.

Netflix Promises Not to Crack Down on People Sharing Accounts

Netflix recently tightened up the login verification system for its streaming platform, but the company promises that any changes will be made through a gentle process and without cracking down on users.

A new trailer for Test Drive Unlimited: Solar Crown, the next installment in the once popular racing game series, has appeared online. More information about the title is expected in July.

Sony's Polish branch has accidentally revealed the company's new service. It's about PS Plus Video, a movie pass for PlayStation Plus subscribers.

GPUs have probably never been this expensive. Could it get any worse? Absolutely. Expected price increases for DRAM modules may be higher than expected, making DDR4 and DDR3 RAM more expensive as well.

Ghost of Tsushima, The Last of Us 2 and Hades Among GDC Awards Nominees

The titles nominated for the 21st edition of the prestigious Game Developers Choice Awards have been announced. Ghost of Tsushima, Hades and The Last of Us 2 have a chance to win the most statuettes - six each.

The release of Resident Evil: Village is just over two weeks away. However, it may turn out that those hoping to play the game through Xbox Game Pass will have to wait at least a year.

The Witcher Season 2 Airing in Q4, Together With You and Cobra Kai

Netflix announced that The Witcher Season 2 will debut in the fourth quarter of the year. That's also when we'll see new episodes of You and Cobra Kai, as well as the movies Red Notice and Escape From Spiderhead. 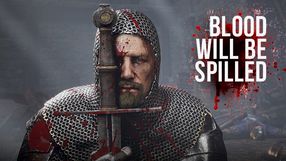 Battlefield 6 Announcement This May?

Electronic Arts' past practice suggests that the latest installment of the Battlefield series will be announced just before the release of the new financial report - on May 10 or 11.

Discord Will Not be Acquired by Microsoft

Discord has broken off talks with Microsoft over a possible takeover by the Redmond giant for up to $12 billion. What's next for gamers' favorite instant messenger?

Developers from Fatshark announced that their latest work - Warhammer: Vermintide 2 - has received a free update, titled Chaos Wastes. It introduces a number of new locations and another roguelike-inspired gameplay mode.

Call of Duty: Warzone continues to gather new players. It has been announced that over 100 million people have already played the title.

Highly reputable journalist Jason Schreier confirmed rumors that a remake of Star Wars: Knights of the Old Republic is in development.

Patch Helps Players Who Have Over 25K Games on Steam, All 3 of Them

Valve Software has fixed a bug that could cause the Steam client to crash for accounts with more than 25,000 games assigned to them. There are three people in the world with such a collection.