A modder by the handle SPi-99 (also known as Spi-Hamentsios10) has released a new version of the Survival Mode MW3 Mod project, a modification that adds a Survival Mode for single player to Call of Duty 4: Modern Warfare, modeled on the solutions from CoD: Modern Warfare 3.

The mod resembles horde modes from other games. Our task is to fight off 25 increasingly stronger waves of enemies. Every five of them we have to face the boss in the form of a soldier in juggernaut armor, helicopter or both of these opponents.

Between each wave we have a moment to catch our breath and replenish weapon stocks. The mod offers a wide selection of maps and heavily reworked gameplay mechanics.

Unfortunately, the survival mode is available only for single player. This is due to the limitations of the CoD4 engine, which allows for cooperative play. Using multiplayer as a base for the mod was also out of the question, as the bots in the game are much more primitive than the AI of enemies in the campaign. The creator made his project available in open-source format, hoping that maybe someone else will manage to get around this problem. 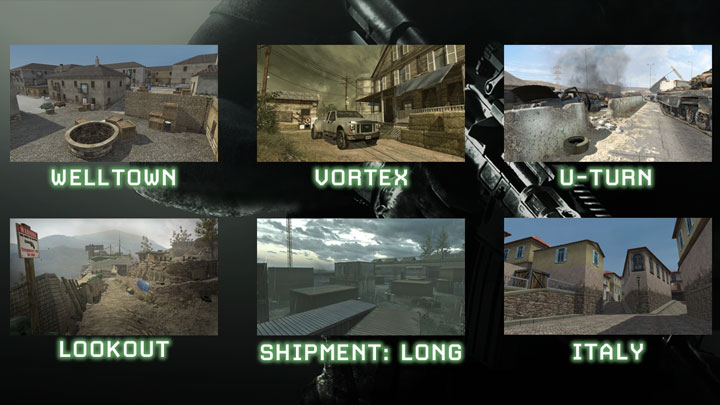 After update 1.1 the number of maps available in survival mode has increased to six.

New version was marked with number 1.1 and brings a lot of changes, the most important of which are:

In the future the author wants to add to the mod the weapons from CoD: MW3.

Other notable projects by this author

SPi-99 is a real titan in the modding community of early Call of Duty games. From other projects of this author worth recommending are:

Iconic SWAT 4 Map Recreated in Ready or Not Mod