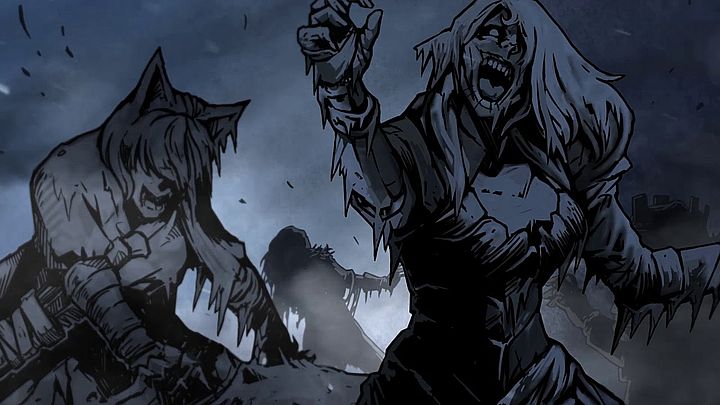 Vambrace: Cold Soul is a challenge. Mostly because of the poor interface.

From now on, PC owners will be able to purchase a Vambrace: Cold Soul. The production of Devespresso Games will be available on Steam and GOG.com. You can now add it to your wish list. PlayStation 4, Xbox One and Nintendo Switch users will have to wait until September this year before being able to buy the game.

Vambrace: Cold Soul is a production very similar to Darkest Dungeon. It's a roguelike game, and our task is to reclaim the city of Icenaire from the hands of the mysterious evil powers sent by Shade King. From that moment on, the streets and buildings were covered in snow, and the dead were raised from their graves. The player will have to complete a party (there will be five races and ten character classes available in the game) and deal with the enemy. Battles take place in a turn-based system and are definitely not the easiest. The game's developers, Devespresso Games, have also created, among others, the successful, two-dimensional survival horror - The Coma: Recut.

The first reviews of the title have appeared on the web, suggesting that the game is a solid production, but not without shortcomings. Vambrace: Cold Soul is praised for its interesting story (however, we must remember that it depends largely on the player) and the audiovisual setting. The Achilles heel of the title is a poorly designed and non-intuitive interface, which quickly discourages the players. The production also suffers from repeatability, which can be boring for users who appreciate extensive mechanics. At the occasion of the release we also learned the game's hardware requirements, which you can see below.