Darkest Dungeon for PC, PS4 and etc. is a turn-based, cRPG game, in a dark fantasy setting. It was developed by Red Hook studio. The action takes place in a grim fantasy world, with its technological level similar to that of the Middle Ages. The campaign mostly takes place in the ruins of an abandoned fortress and the enormous dungeons underneath it. The stronghold has been overrun by the forces of darkness due to the foolishness of the castles last owner, during your adventures you will uncover the history of his house and the truth about the filth which its members have brought upon this world.

In Darkest Dungeon, released for PC, PS4 and etc., you will spend most of your time exploring the endless corridors of the ruins, however, the quests themselves are constructed differently to those you would find in your ordinary RPG. The key to success in Darkest Dungeon is not the equipment of your adventurers but their emotional state. The members of your team are not stout-hearted heroes and the horrors you will encounter during your journeys will have a great influence on how they feel and behave, forcing great stress on them and sometimes changing their character. Everyone who you will hire to take part in your quests will have his own set of personality traits and will react to some encounters differently than the others (e.g. stumbling upon a corpse would cause some distress for the Highwayman but could at the same time strengthen the Crusaders resolve). If you are to achieve success in Darkest Dungeon you have to monitor the stress levels of your adventurers, because otherwise they will succumb to depression and descend into madness.

The combat in Darkest Dungeon features a turn based system. The formation and placement of your heroes is the key and you have to think carefully about your every move, if one of your team dies his death is permanent and you will never have a chance of getting him back. The developers combined the old school depth of combat strategy with some newer features which allow you to counter your opponents and combo attacks. Monsters arent the only danger you will face on your road, traps could also prove dangerous just like internal conflicts within your party and darkness, the torches you carry burn out over time and spending too much time in darkness inflicts more stress on the members of your quest.

To keep your adventurers in a good mental condition you can relief their stress at a nearby town, where they can e.g. drink their sorrows away or get into a bar fight to help them forget about the horrors of the dungeons. The riches you gather can be used to renovate the town, which opens new parts of it, allowing you more options of stress relief and upgrading your heroes. The game also allows you to camp in dungeons themselves, making it possible to mend some of the damage your party suffered without abandoning the mission.

This unofficial guide to the game Darkest Dungeon is perfect for those who are willing to discover the deepest secrets of the gloomy dungeons which spread under the ancient and hostile mansion. 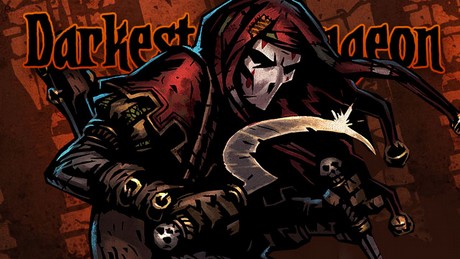 Darkest Dungeon review  a captivating RPG for the determined ones

The most demanding game of the recent months is here. Darkest Dungeon is a hardcore RPG that you will love or hate. 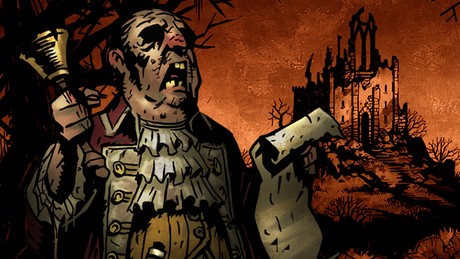 Darkest Dungeon is one of the biggest surprises of the beginning of 2015. Even in the Early Access phase, it manages to intrigue and make an impression. We cant wait for the full version!

Darkest Dungeon headed for the full release on January 2016

Darkest Dungeon is releasing on January 19, 2016. Before that the early access version will be updated with a new playable hero: The Abomination.

Darkest Dungeon 1.0 version out, dev talking about the first expansion

Darkest Dungeon is now out in full version after receiving 1.0 update. Developers from Red Hook Studios are already planning to add more content in the future.

Everything Burns update for Darkest Dungeon is out

Everything Burns update for Darkest Dungeon is here. It adds a considerable bunch of Town Events to The Hamlet as well as numerous enhancements and fixes to the entire game.

Darkest Dungeon to get The Crimson Court DLC in early 2017

A new playable class will come as a part of the first DLC for Darkest Dungeon entitled The Crimson Court. The add-on is scheduled for release in early 2017.

Darkest Dungeon: The Crimson Court to hit PC on June 19

Darkest Dungeon: The Crimson Court is first coming out on PC on June 19. As for PS4 and PSV versions, they will follow about one month later.

If you've enjoyed the grim adventure in Darkest Dungeon so far, it's almost time to expand the experience with The Crimson Court DLC, launching today on PC.