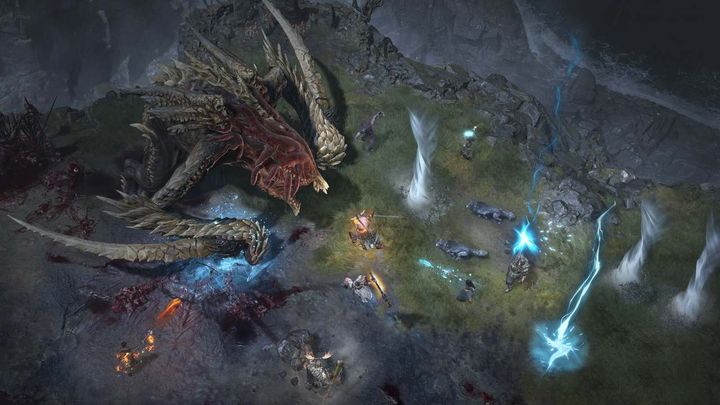 Blizzard responds to the fans' concerns.

Announced at the BlizzCon 2019, Diablo IV was warmly welcomed by fans, but that doesn't mean there was no criticism. Reservations concerned, among others, plans related to the equipment system, which, according to some people, was ill-thought-out and resembled Diablo III too much. Blizzard Entertainment responded to these allegations and decided to change some of the mechanics. It has also been assured that the system will not be a copy of solutions from previous games - developers want to take the best elements from them and then assemble them into something that will work better. The basic ideas of the system are presented in the blog note.

New stats and changes in how items work

These statistics can be found on all categories of items (green, blue, etc.). In addition, there will also be specific requirements associated with them, which will enable us to make better use of the potential of a given item, provided that our character meets the conditions. For example, if you equip a ring and have, for example, 50 Demonic Power points, you can get a bonus point for a skill.

Such a solution is to make building your equipment a bit more complicated, but at the same time not overwhelming for new players (on the basis of "easy to play, hard to master" principle), because most of the items can be used either way. They will simply become more powerful if we choose other pieces of equipment properly. The system is also supposed to make us pay more attention to the statistics of items, and not only to the abilities they offer. Here are some examples of equipment designed according to these principles. 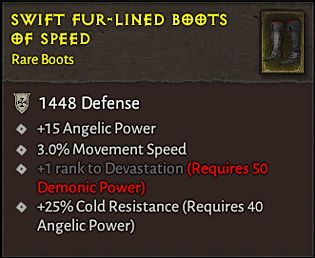 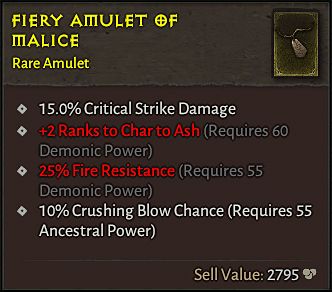 Changes in equipment categories and others

Blizzard Entertainment has decided to remove the "Ancient Legendary" items from Diablo IV, at least in their current form. Instead of creating more and more powerful categories of equipment, it was decided to reassess the usefulness of rare equipment (yellow "items"), and increase the complexity of the system in the so-called endgame. A new type of consumable items will be added to the game, allowing us to add a specific legendary Affix to a non-legendary piece of equipment. Such consumables will drop out of enemies only in the endgame.

The changes will also affect the Attack and the Defens. In Diablo IV we will find them only on weapons (in case of Attack) or armour (Defense), which in the opinion of developers is to better match the image of this type of items. The creators believe that these statistics enable the players to easily see whether an item is better or not, and provide a good picture of the hero's progress (similarly to e.g. character levels, only for equipment). At the same time, they warn that selecting equipment based solely on Attack/Defense will almost never guarantee an optimally powerful character.

It is worth remembering that the presented changes are only ideas - for now it is not certain whether they will actually reach the final version of the game.