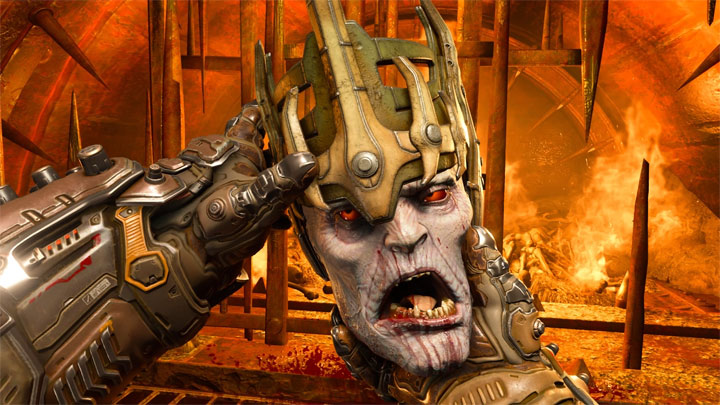 The release of the update was not accompanied by smiles of fans.

On Thursday, thefirst update to Doom Eternal the latest installment of the popular FPS series by id Software, was released. On PC, it introduced Denuvo Anti-Cheat system, which made this shooter the first title using this technology. Many players did not like this novelty very much, which was best shown by a flood of negative reviews.

On Steam, only 59% of user ratings for the last 30 days are positive, which the website classifies as mixed reception. This is a new phenomenon, because among all the player reviews on the website since its March release, 84% had a good opinion about the game.

In the first week after the release, 90% of user ratings were positive and these ratio remained unchanged until the release of the update. On May 15, the day after the introduction of Denuvo Anti-Cheat, this changed and negative reviews began to prevail.

Denuvo has never been popular among gamers, and in the case of Doom Eternal, many players were also annoyed by the fact that the new technology was added after the release. The players complain about performance deterioration. Patch was also supposed to spoil the compatibility with Steam Proton, which prevents many Linux users from having fun.

Denuvo Anti-Cheat can be uninstalled manually, but then it is not only impossible to play the multiplayer mode, but also the single-player campaign. While playing solo, the anti-cheat system is not supposed to be active, but many people do not want to have it installed on their computer at all. In this case, however, we can restore the previous version of the game on Steam and block updates.

Doom Eternal made its launch on March 20, this year on PC, Xbox One and PlayStation 4, as well as on Stadia. A release for Nintendo Switch is also planned, but it will launch later.