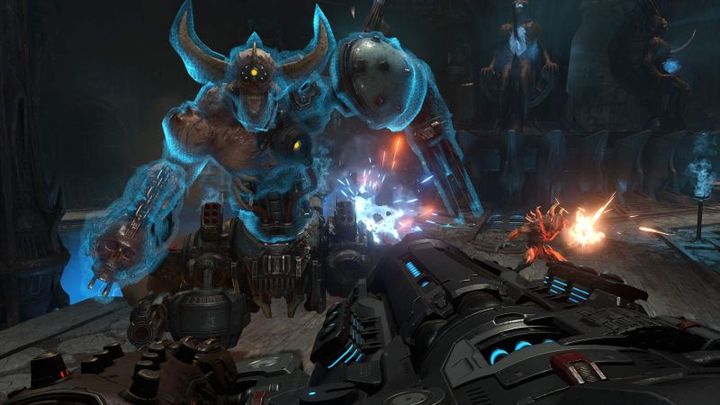 The Denuvo Anti-Cheat system has gone to Doom Eternal.

Irdeto, the company responsible for the well-known Denuvo anti-piracy software, announced that tonight its next product made its debut in the PC version of Doom Eternal. We are talking about Denuvo Anti-Cheat security software. The creators of the program also presented the general principles of its operation.

Denuvo Anti-Cheat installs a driver at the kernel level of the operating system (which is a concern for some users). It stays on the PC until the associated game is uninstalled (for copies purchased through Bethesda.net, you will need to uninstall the application manually in Windows settings). The developers of the program ensure that it starts - and, importantly, closes - together with the gamen it works with (unlike the system known from Valorant).

It is also worth noting that the actual monitoring is carried out only when using the multiplayer mode. The creators of the security system also informed that it does not collect any additional information about users (the solution is fully compliant with GDPR), does not scan system files, does not make screenshots and does not stream code from the Internet. Instead, the application collects information about the interactions between the operating system and the game, which is then sent to servers operated by Amazon.

The patch, which introduced the anti-cheat to Doom Eternal, also includes a number of other improvements - among others, minor changes in the balance of the game (e.g. reduction of damage received while swimming), improvement of gameplay (the possibility of performing the so-called vertical Dash in water was added). A lot of problematic bugs were also eliminated and overall game optimization was improved. You can see the full patch notes here.

Respawn is Not Working on Titanfall 3

Rainbow Six Siege With 60 Million Players; The Division 2 Makes Up for Losses