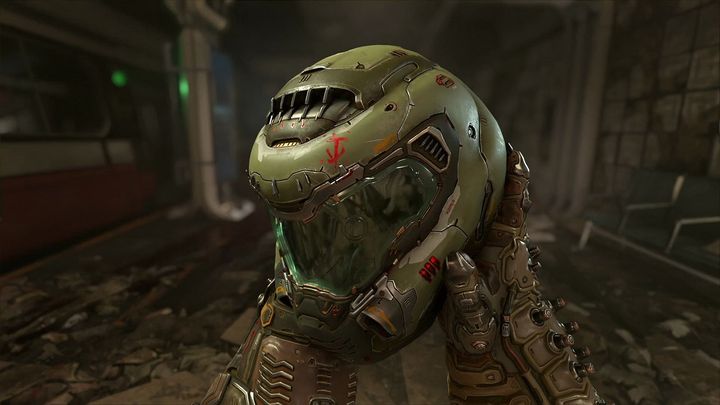 Gamesindustry.biz recently interviewed Marty Stratton and Hugo Martin from id Software. The subject of the discussion was the upcoming 2016 Doom follow-up, i.e. Doom Eternal. The creators talked about what guided them while working on the game - the key was to increase the involvement of players in all game modes.

"We wanted to make sure the level design and the combat really gave you something to have to master. You master and conquer the levels just as much as you conquer the combat and encounters, and that's what feels really empowering to the player, something that is earned. It's very easy for us to make it, 'Here's a super powerful gun and some hallways; just walk down them and slaughter everything.' That's not a $60 game in my opinion. So I think engagement was our overriding theme for this game," we read in the interview.

In the multiplayer the game will be based on the asymmetric Battle Mode, where one player will take on the role of Doom Slayer (the protagonist of the series) and two others will control various kinds of demons. Developers believe that this type of gameplay will be less discouraging (than the traditional deathmatch) for people who have a bit less skill.

"So if we come up on each other [in a Doom 2016 multiplayer match - editorial note] and all the game is relying on from a design perspective is aiming and shooting, well there are going to be people who aim and shoot better than you and there's pretty much nothing you can do about that," Martin explained. "That made death a frustrating experience because it meant you were just better than me. In this game, I can overcome your incredible twitch skills with teamwork and strategy, which gives me a chance. Then it allows the game to have what 2016 had none of: metas. There's some real depth to this experience," said Hugo Martin.

The depth of mechanics - within reasonable limits - is not a bad thing. This does not change the fact, however, that in my opinion, the devs' explanation does not really make mych sense. First of all, most of us don't expect tactics and teamwork from the multiplayer mode in Doom. That's what we've got other games for. In this series it has always been all about dexterity and unrestricted destruction.

Second of all... it's natural for one player to be better than another and it's an integral part of any multiplayer production - it's a source of satisfaction for the better and a motivation for the weaker to improve their skills. The desire to compete with live opponents is the main reason why we want to fight in multiplayer mode. Trying to create an environment that does not frustrate anyone can be a proverbial 'throwing the baby out with the bathwater'.

We will see how the Doom Eternal's multiplayer mode will work in practice on November 22, when the game will hit the store shelves. The title will be available on PC, PlayStation 4, Xbox One and Nintendo Switch.