Recently we celebrated the eighth anniversary of the release of SCS Software's popular game - Euro Truck Simulator 2. Despite so many years under its belt, the title is still being updated and thus enriched with new content. Patch 1.39 has just went live and, what can be said here, the players should be satisfied, because the devs put a lot of work into it. The team also boasted about it on its blog.

Apart from the absolutely essential things such as fixing bugs or improving some options (including, for example, adding a sound slider when it comes to adjusting the turbocharger volume), the developers focused on a slight but noticeable refreshment of some aspects of the game. This can already be seen at the level of the start menu, which has been a bit more developed in preparation for future upgrades. New options and additions are to be included here. In addition, we can now go through the general settings without having to load the game.

And now it's time for some real fireworks. SCS Software has decided to improve the design of low-loader trailers a bit. They have been divided into two types - shorter and more extended. In addition, after the purchase, we can change their colors and individual elements such as lights or mudguards, and then take them on the road to complete specific orders. These changes concern both the base game and a few expansions - High Power Cargo Pack, Heavy Cargo Pack, Special Transport and Schwarzmüller DLC. 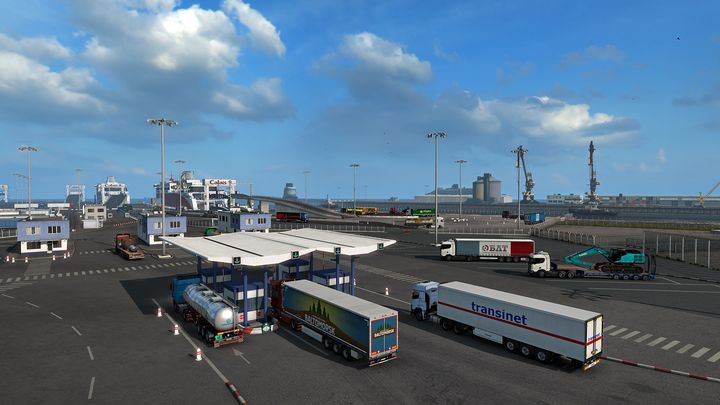 The redesigned city of Calais.

One of the base towns of Euro Truck Simulator 2, the French town of Calais, has also undergone a simple renovation. Over the years it may have become a little old and outdated, so the development team made sure to present this industrial port as realistically as possible. This is due, among other things, to the mass of additional facilities in the form of fences, ferries, or terminals. And you can check all this by yourself at any time because the update has already seen gone live.

Days Gone on PS5 in 60 FPS and With Other Enhancements

BloodRayne and BloodRayne 2 Will Get Updated Versions

Starfield Only for Single Player and With Bethesda's Biggest Map Ever