Half-Life 2: Episode Two appeared in 2007 as an expansion for the base game. It tells the rest of the story after the destruction of Combine's Citadel. It also has many new achievements and one of them, a very unique one is "Little Rocket Man". It requires us to drag a garden gnome through most of the game and launch it into space on a rocket. The achievement has just become reality. A small replica of Gnome Chompski from Half-Life 2: Episode Two flew into the orbit and helped to raise more than a quarter of a million dollars for charity.

The event was arranged by Gabe Newell in cooperation with the Starship Foundation and Rocket Lab, a company that sends small objects into the orbit. It was aboard its Electron rocket that the statue was sent to space. The event was broadcast on the internet, and the proceeds from the donations during the stream have been credited to the Starship Foundation's account. Over $286,000 was raised for the Paediatric Intensive Care Unit (PICU) at New Zealand's Starship Children's Hospital. 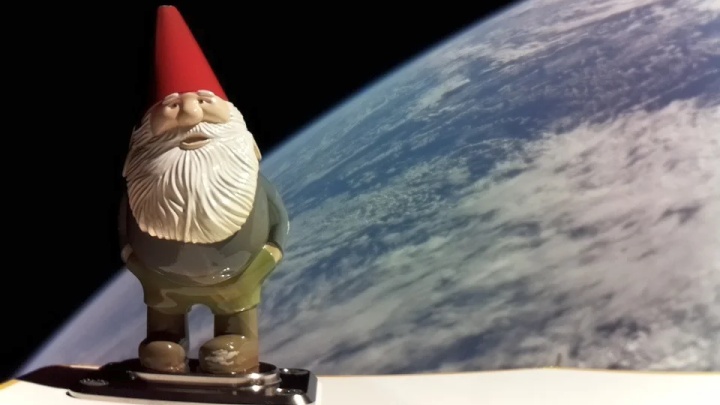 The figure of Gnome Chompski, well known to the gamers, was made of titanium using 3D printing. It was attached to the so-called "kick stage" of the Electron rocket together with a camera pointed at it and was fired into space as part of the 16th mission called "Return to Sender". Its primary objective was to test the controlled recovery of the first section of the rocket. The launch took place on November 20 and those didn't get a chance to see it, they can watch the transmission on YouTube: