Yesterday, around 11:00 AM PT, an entry appeared on the official Twitter account of the Game of Thrones series, making the hearts of fans of George R.R. Martin's screen adaptation of A Song of Ice and Fire skip a beat. With just three words - "Winter is coming" - the motto of the Stark family, appeared very often in the previews of the final, eighth season of the series, in which the winter has finally arrived.

It could mean anything or nothing, though assuming no one is joking, the appearance of a tweet with such a symbolic phrase suggests an imminent surprise reveal. Twitter users quickly connected the dots and decided that HBO was preparing a remake of the final season of Game of Thrones. And why would anyone want a new version of the final episodes of a series that ended just two years ago? 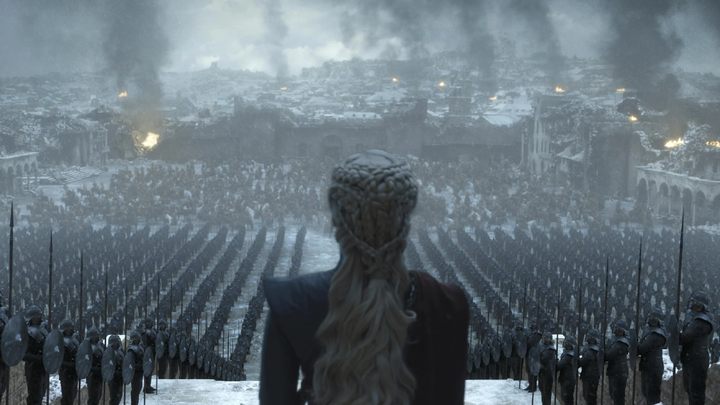 Whatever, but the cinematography in season eight was pretty good. Source: HBO.

In a nutshell: the creators of the TV adaptation - David Benioff and D.B. Weiss - decided to shorten the last two seasons of Game of Thrones to seven and six episodes respectively (the previous ones had ten episodes each), but it soon turned out that the ending of the series should have been written out a bit more precisely, and going for the cuts made it impossible to reliably convey the changes that took place in the characters. As a result, many people simply didn't approve ofGame of Thrones' finale - most people demanded that the creators shoot it again. That, however, didn't seem likely... until now.

If you'd say this is just a pipe dream and a remake will never happen, you'd probably be right. In fact, I think so myself. However, it doesn't change the fact that if a new version of Game of Thrones' finale would actually be made, I would love to see it. And probably not only me - just look at the comments:

"Unless you erase and re-do season 8 no shit is coming."

"Can you please fix the last damn season!? I loved this show so much and always envisioned going back to it in the future to revisit. I can’t stomach it know how the end is as butchered as a Ramsey Bolton prisoner."

"Honestly like the way it ended, I was like wtf I waited so long for this???? Oh c'mon they surely could've done better!"

As you can probably guess, this is just the tip of the iceberg, and there are many, many more similar comments. Will they turn out to be something more than just a lament of fans, rediscovering hope for the return of their favorite series? We'll find out soon enough. The creators of Game of Thrones may be preparing some surprize due to the upcoming 10th anniversary of the show, related to, for example, to the spi-off series titled House of the Dragon. Or... we may finally get a release date for The Winds of Winter, although the latter seems the least likely.