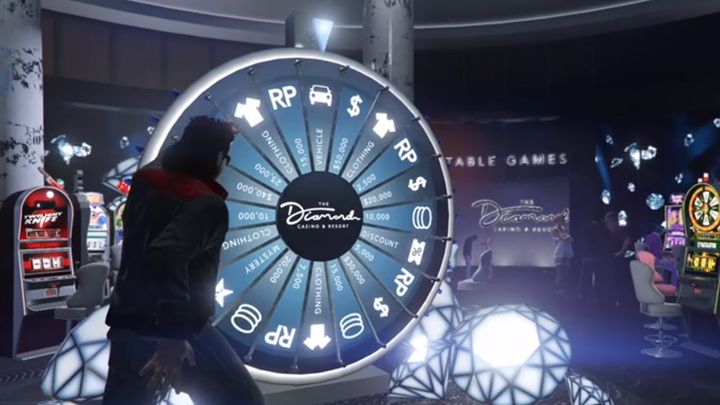 One GTA Online player won a car in the casino only to... lose it as a result of getting disconnected. The user asked Rockstar Games to deliver him the prize he'd won, but was refused - even after he sent the developers a video showing the key moment.

Of course, the situation is not as simple and unambiguous as it seems at first - as many users point out, there is no key information on the presented video, such as user name or date of the event. This makes it difficult to consider this material as evidence of anything. Even the victim himself admits it.

"Your connection issues occurred at the same point most people who close app to prevent what they won from registering because they didnt get the car they wanted. So since there is no proof in the video as to which podium vehicle it was and no proof of who you are in the video they will not pay out.

And yes you would have to see both the vehicle and proof of who you are to have any luck of them giving it to you. Even with only the vehicle showing several people could submit the same video and get rewards back. So Im moments where code doesnt help them see the video has to have all evidence for them to help you," persuades traleehut.

The unlucky winner notes in one of his posts that he only wanted Rockstar to give him a more concrete, more comprehensive answer.

"I'm trying not to get my hopes up too much, but if I'm not going to get it then I would appreciate a better response as to why not," he says.

This is not the only such case

The casino offers a chance to win numerous prizes.

It's worth noting that it's not the only case of this kind - there are numerous stories of other players on Reddit threads, although they don't always have the same mileage.

"I lost my Pegassi Reaper after switching to another car in my garage at the nightclub. It was fully upgraded after I won it. And it just disappeared. I told R* and the next day they gave me $1.5 million in compensation, which was more than fair because it was a free car and I probably only spent about $200,000 on upgrades. They're quite coole with complaints," we read.

"It took me a week somewhere and I almost quarrelled with someone to get a refund for my Krieger that disappeared from my collection because of a glitch. Their staff is strange," one of the users complains.

It seems that the developers from Rockstar Games should work a bit on communicating with players in similar situations. If we lose something in the game, don't give up.