Unfortunately, more PC components are starting to skyrocket in price. This time, it's about HDDs, whose prices have even increased by more than 60%, thus reaching historical records. For the time being, this problem concerns in particular the Chinese market. However, the Hermitage Akihabara reports that a similar situation is already taking place in Japan and other Asian regions. This is related to the growing popularity of the Chia cryptocurrency.

According to the Chinese website Time Finance (via Tom's Hardware), the price increase has been caused by people who have started buying up hard drives en masse. They are increasing their hardware stocks in the hope of reselling them later. They are waiting for prices to rise enough and for Chia miners to become desperate enough to buy a drive from any source. 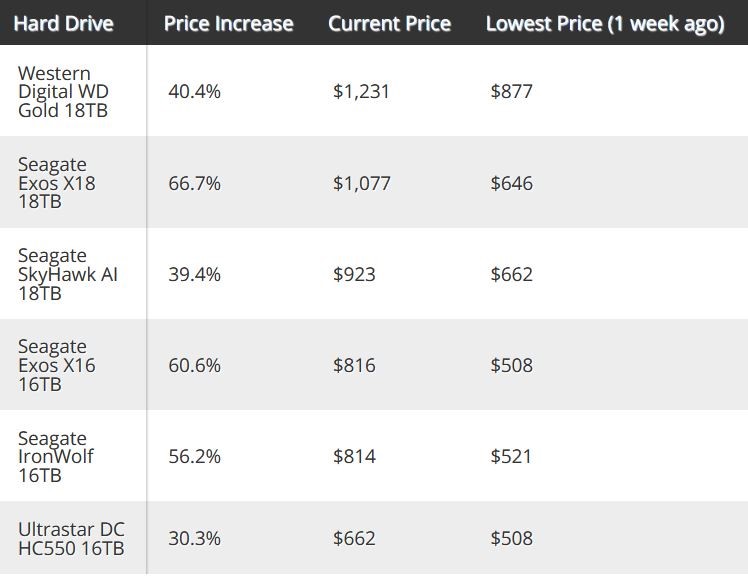 A comparison of HDD prices in China a week ago and now (source: Tom's Hardware)

At the same time, these people were buying directly from the agents of component manufacturing companies. Retailers and resellers were bypassed. This led to a situation where regular electronics stores did not receive shipments of HDDs from their manufacturers, such as Seagate and Western Digital.

The shortages quickly led to the first price increases. They're especially hard felt among 16TB and 18TB HDDs. One of the models, Seagate Exos X18 18TB, has increased in price by up to 66%. The situation related to smaller models does not seem dramatic for now.

Medal of Honor: Above and Beyond Documentary Wins an Oscar